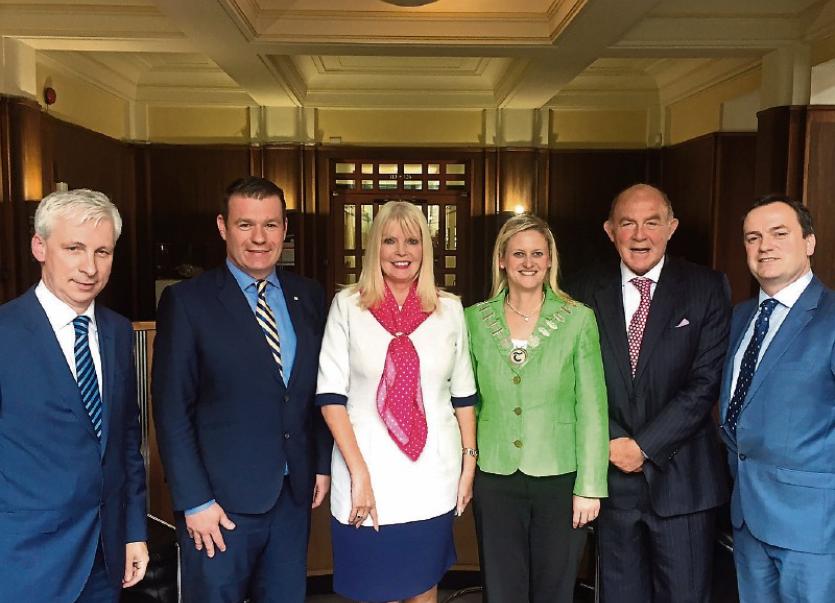 A series of high-powered meetings were held in the past week between Tipperary TD Alan Kelly and various Government ministers and the IDA.

The Minister was very much taken with the fact that we had an organisation like Invest Tipperary supporting the local authority in their endeavours to bring foreign direct investment to Tipperary,” he sad.

Deputy Kelly, former Minister for the Environment said that the meeting went through all the various sites available in Tipperary for inward investment and the challenges we collectively have.

“The Minister acknowledged the success we have had recently working together in order to bring both First Data and Amneal to Tipperary.,” he sad.

“ I will keep people fully informed as we endeavour to bring even more investment and jobs to Tipperary,” said Deputy Kelly.

“I also discussed in detail issues relating to Tipperary, including the situation in South Tipp General Hospital, the management of patients care across the Mid-West hospitals, the issue of crisis in home care packages, the requirement for a mental health strategy for young people among many other issues,” he said.

Deputy Kelly said that in relation to Tipperary South General Hospital, he was now extremely confident that there will be a major announcement of investment in the hospital in the new capital plan which will be announcedin the not too distant future.

“I impressed on the Minister the need to prioritise this and he agreed to do this,” he said.