Women of the Rising 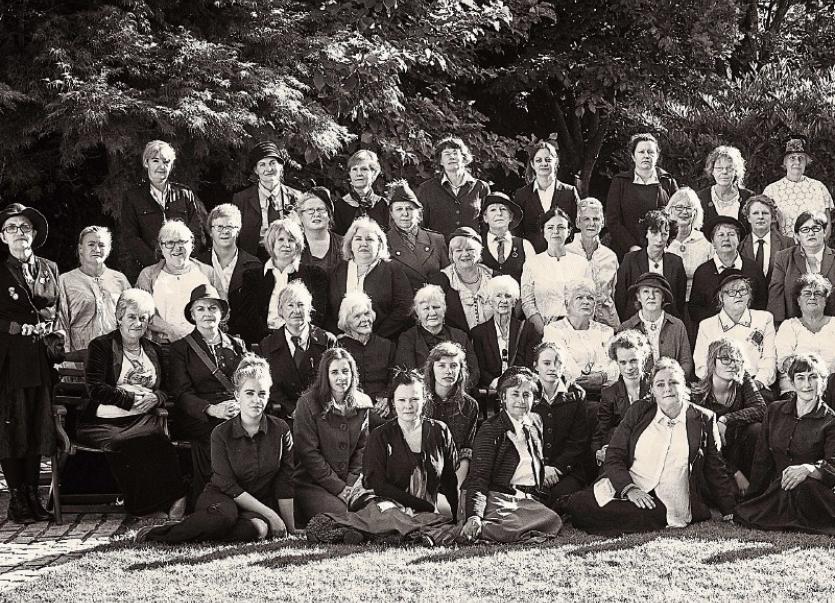 One of the most iconic photographs at the time of the Easter Rising in 1916 was that of a group of women imprisoned in Richmond Barracks in Dublin.

The 77 women had seen active service as first aid volunteers, missive carriers and snipers, as well as helping ‘backstage’ in providing supplies, meals and respite during the week-long uprising.

A re-enactment of that photo was taken in Clonmel with locl women dressed in clothing of the time.

The ‘Women of the Rising’ project, supported by the Clonmel Municipal District 1916 community commemoration grant, culminated l with a gathering of 62 women, aged 16 to 86 and from all walks of life, coming together to re-enact a photograph taken in July 1916 .

The brainchild of artist Theresia Guschlbauer, the project and event aimed to commemorate these spirited women - the ‘boldest and most unmanageable revolutionaries’ as notoriously coined by Eamon de Valera – involved in the Easter Rising, exploring their deeds and spirit and celebrating their coming out of oblivion, as many were until recently ‘airbrushed’ out of history.

Women of all age, denominations, nationalities and background took part in a workshop prior to the event - where images and stories were shared and women’s Herstory explored – with each participant being assigned a specific woman from the time, writing about her and then sharing her ‘voice’ and legacy as major social innovators, social justice advocates and political activists with the group.

Following the photo re-enactment on the garden lawn at Raheen House, these women’s voices were indeed very alive at the short showcase presentation which ensued during which some of the participants shared stories of their deeds and a short recital of music was performed by composer Marie O’Reilly.

The event was compered by women’s suffrage pioneer Hannah Sheehy Skeffington, aka the artist, entreating Irish women to celebrate their enduring power and the contribution of the women of 1916 with the rallying call of “ Women of Ireland, remember who you are and where you came from!