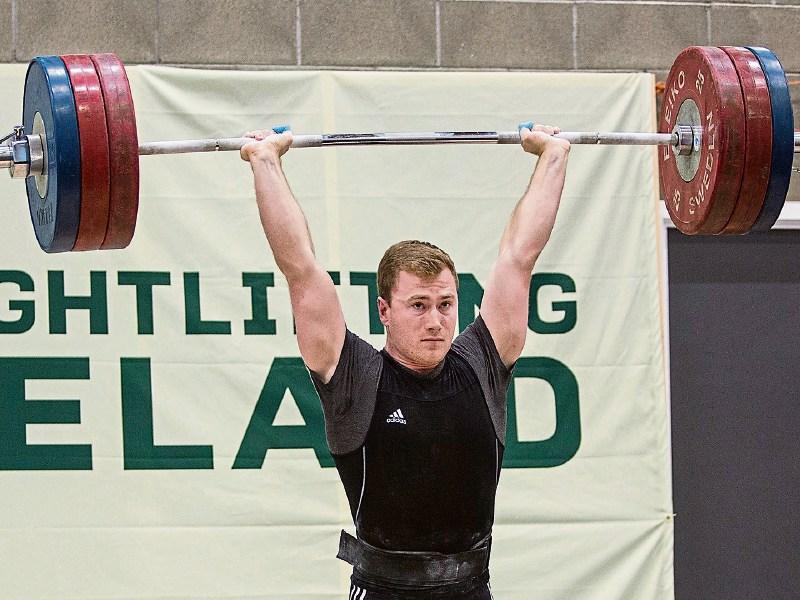 A Clonmel weightlifter has followed up his participation in the European championships by winning his first national senior title.

Luke Kelly was successful in the 85-94 kgs category at the national championships in Olympic Weightlifting, held at the LIT campus in Thurles.

His performance in winning the title was particularly impressive, as he became only the third male competitor in Ireland to have lifted a total of 300 kgs in competition.

Reaching that target also earned him the Best Male Lifter of the Championship award, although he missed out on the presentation of that award when he was chosen for a random drugs test by Sport Ireland.

25 year-old Luke, who took up the sport just over four years ago, achieved the qualifying standard for the national championships when he competed on the Irish team at the European senior weightlifting championships in Norway last April.

He described that event as a fantastic experience and on his return began working with Dublin-based nutritionist Michelle Hone of The Fit Clinic to increase his weight.

Son of Breda and John Kelly from Ardgeeha Drive, Luke trains for between two and three hours a day six days a week at the Elevate Fitness and Performance gym at Clonmel Business Park on the bypass, which he set up with David, his brother and coach, earlier this year.

Three female members of the gym also competed at the national championships, which are held annually - Sinead O'Donnell and Karen Kavanagh, who both won bronze medals; and Jade Kirwan.

Luke says he intends to concentrate on training for the rest of the year before returning to competition next February in preparation for the European championships in Split in Croatia.

His rapid rise through the ranks of the sport has been acknowledged by Kevin Darcy, one of the pool of national coaches.

He said it was "a serious achievement" for Luke to become only the third male athlete to have broken the 300kgs. barrier.

"Pound for pound he was the best male lifter at the championships, which was quite impressive given how high the standard was.

From a competitive viewpoint Irish weightlifting has never been stronger.

His success was very impressive, considering the relatively short amount of time he has been competing.

After the European championships next spring he should be looking towards the world championships the following year and the golden ticket would be Olympic Games in Tokyo in 2020, that should be his four-year plan".