Galway next in Croke Park 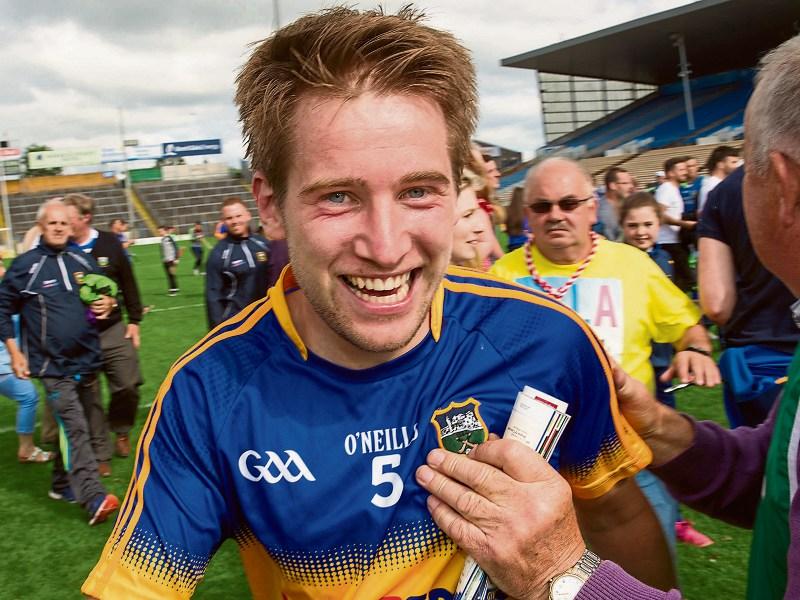 Tipperary footballers created history at Cavan on Saturday evening with one of their greatest wins win ever.

The Munster semi-final win over Cork was brilliant but this topped it - a win over one of Ulster's big guns to win through to an All Ireland quarter final for the first time in history.

Their next opponents are Galway who will go in as favourites - as Derry did - but they are beatable. Galway beat a Mayo side that never turned up and took two turns to overcome a Roscommon side that flopped against Clare. So bring it on.

Tipperary were brilliant against Derry. No matter how many times they were knocked back, they kept at it. A less than brilliant refereeing performance from Marty Duffy made their job all the harder but they never gave up. This was Tipperary football at its brilliant best and sets the county up as one of the few dual counties in the country.

A quarter final against Galway is as good as it gets. The Muster final heartache was set aside.

Tipp had to travel virtually the length of the country to play Derry at a 'neutral' venue. But heart, commitment and determination proved the winner. No matter where the game was played, Tipp went into this contest knowing they could win and nothing was going to stop them.

After a tentative opening they settled and went into a 0-7 to 0-3 lead. That suggested greater things. A Derry goal looked crucial but Tipp fought back. Some bad wides earlier in the half halted Tipp's momentum but O'Halloran, Sweeney and Quinlivan were brilliant in the closing stages and only trailed by a point at the break.

Failure to win their own kickouts was also a problem in the first half but that improved in the second. Tipp ran at the nervy Derry fence at every opportunity and it reaped handsome dividends. A goal from the outstanding O'Halloran put Tipp in the driving seat but the Ulster side replied with a goal of their own and suddenly Tipp were trailing with time running out.

Would tired legs proved their undoing? Not a bit of it. They put in a final five minute that won one of the best games of the championship to date. Man of the match Conor Sweeney was outstanding - no other word for it. There were no sweepers or blankets to be seen here. This was football as it should be played and Tipp were playing it all.

Late points secured the win and the scenes at the final whistle reflected the delight. The GAA ensured it was a long way from Tipp to Cavan but the result made the journey home a lot shorter.

And Tipp had to do it the hard way. They were denied what seemed obvious frees and a foul on Philip Austin looked a stonewall penalty. But the heads never dropped and Tipperary football enjoyed one of its greatest days in the unlikely venue of Breffni Park.

Roll on Croke Park for another.

There was considerable anger in Tipperary at what appeared to be sniggering from pundits Joe Brolly and Colm O'Rourke on RTE at half time in the Munster final against Kerry.

One could ask the Derry man ala Star - "What do you think of that Joe Brolly"?