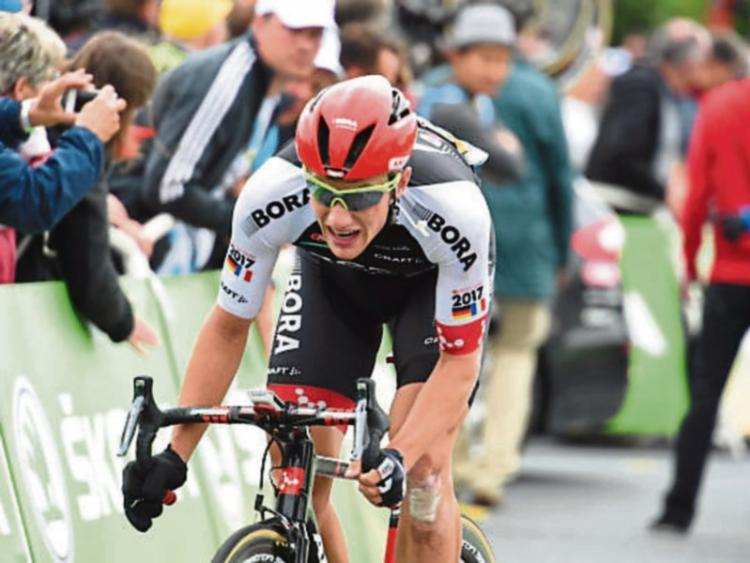 Carrick-on-Suir cyclist Sam Bennett joined an elite group of Irish riders when he wheeled into Paris on Sunday in the final stage of the Tour de France.

Bennett was last on General Classification but that statistic hides the gruelling facts of the race.

The Bora-Argon rider crashed on the first stage and suffered a serious hand injury.

But he refused to pull out and battled throughout to make sure he was able to cycle up the Champs d'Elysses on the final day.

Chris Froome took the Yellow Jersey again but the Tipp man takes homes the Lanterne Rouge awarded to the last rider in GC.

A brilliant sprinter, Bennett had few opportunities to challenge for a stage win but to finish the three week marathon in such circumstances was a significant achievement.

In doing so he maintained Carrick-on-Suir's proud boast as the home of Irish cycling.