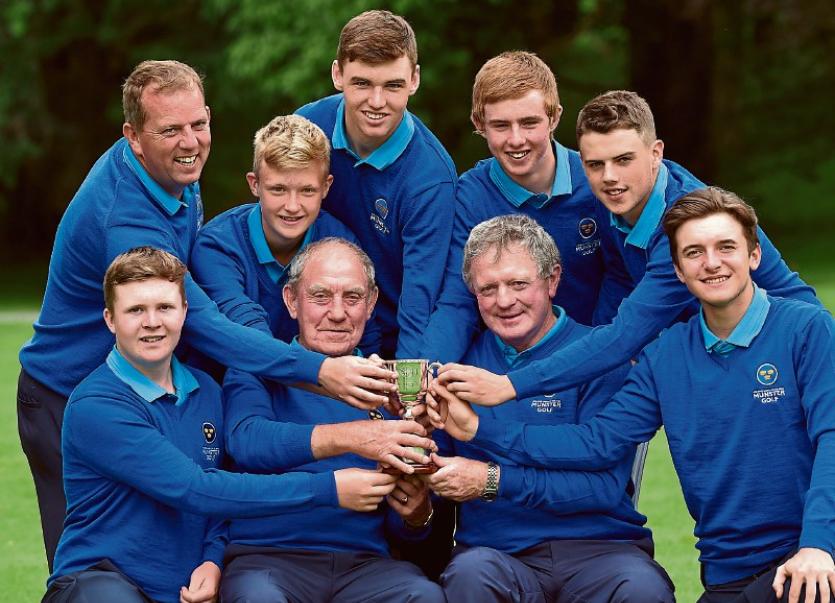 Over the three days of some fantastic performances they defeated the much fancied Leinster team by 3.5/1.5 and then followed this up by sharing the points with a very talented Ulster squad 2.5/2.5.

On the final day and after a thrilling match, Munster accounted for a Connacht team that fought all the way to the finish with four of the five games going down the 18th.

Star of the week for the winning team was Cahir Park boy, Ian Halpin. Ian over the championship scored 2.5 pts from a possible 3. He spectacularly rounded off his victory over his Connact opponent with a match winning birdie on the 18th hole.