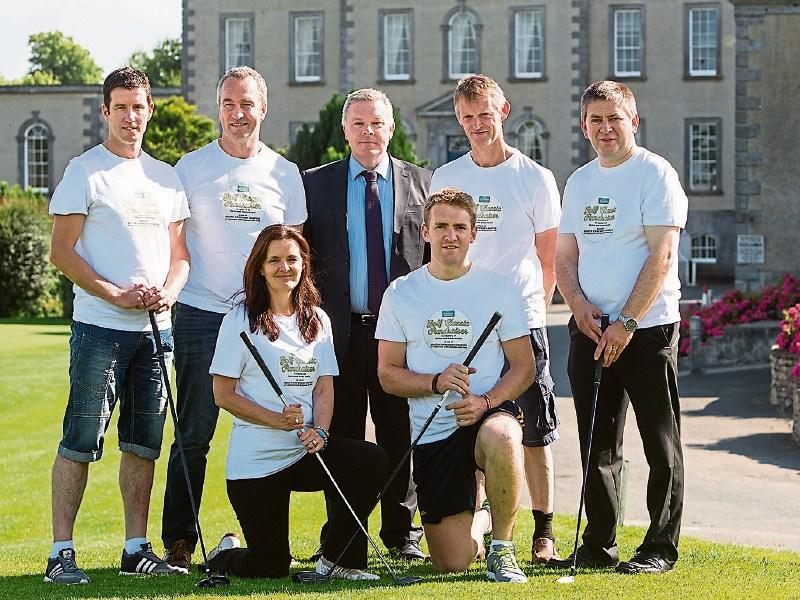 The Horgan family from Knockavilla, who lost both their parents to cancer, have been overwhelmed by the public support for their campaign to raise funds for South Tipperary Hospice.

Following the death of Richard and Breda within eight months of one another in 2013, their ten children embarked on a fundraising campaign to support the hospice services.

The care, support and kindness shown to the family by South Tipperary Hospice had a huge impact on them all and they wanted to show their appreciation in some meangingful way.

The family have spearheaded a campaign to raise funds for South Tipperary Hospice raising over €22,000 in the last two years.

That money was raised by the staging of an annual golf classic and the third golf classic event, hosted by County Tipperary Golf Club at Dundrum, will be held on August 11th and 12th.

Brian Horgan, who is a member of the Tipperary senior hurling coaching team, said he wanted to do something for South Tipperary Hospice after the passing of his parents.

“As a family we wanted to give something back to South Tipperary Hospice and that needed their support”, said Brian.

He decided on the golf classic route which has been organised in conjunction with Knockavilla-Dona-skeigh Kickhams GAA club.

“We have been overwhelmed by the response. There has been phenomenal support for it within our own community and the nearby towns and villages”, said Brian, who captained his county to All-Ireland U-21 success in 1995.

He thanked them both for getting involved and said he was delighted Noel was able to attend the launch.

“We know what Noel has been through with his own illness, and he understands how it affects families, and everybody is a great admirer of Noel ,” said Brian.

Brian said his family were moved by the dedication of the hospice staff that was displayed during the illness suffered by his parents.

He paid particular tr ibute to nurses Mary Browne and Ann Grace , who he said, had called to their home to keep an eye on things and talk to the family, even when they were off duty.

“It was a very difficult time for us all and the loss of our parents in such a short space of time was absolutely devastating. We were fortunate to have the support of such great people at that time and we want to ensure that the service is there for other families in the same positon” said Brian.

This year's classic will be held at Dundrum House Hotel on August 11th and 12th. The main sponsor is Butlers Centra in Dundrum.