"I am very proud to put on the green jacket", says Tipp's latest Olympian 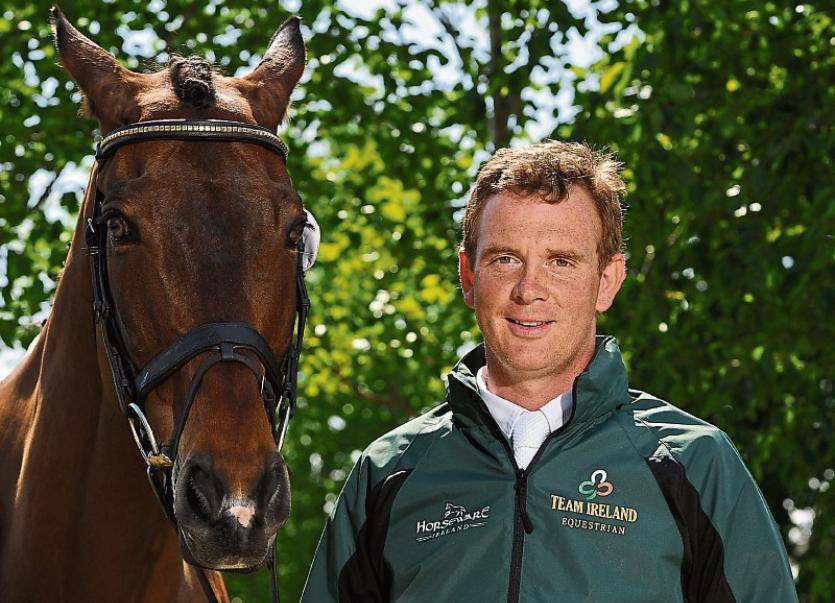 This Friday Grangemockler man Padraig McCarthy will fly to Brazil where he will represent Ireland in the Olympics .

So in August the people of the South Tipp village will be cheering on its first ever Olympian as Padraig competes with the Irish Three Day Event team.

The team will compete in dressage, cross country and showjumping.

A son of retired garda Tom and Theresa, Padraig grew up in the garda station in the village and his interest in horses arrived by accident.

“We were not a horsey family but my sister always wanted a pony. I was eleven when she received the pony and I took to it straight a way.” said Padraig.

He went to primary school in the village before attending Callan CBS.

He played underage hurling and football for Grangemockler and Callan but went on to concentrate on showjumping.

Padraig only took up the sport of eventing five years ago and never in his wildest dreams did he think he would represent his country in the Olympics.

Asked about the Zika virus and if he ever considered not travelling to Brazil, Padraig said - “That's the last think on my mind. My biggest concern is going out there and doing a good job. I am very proud to put on the green jacket”, he said.

Padraig, who has two brothers Thomas and Brian and a younger sister Yvonne, is now settled in Devon in the UK with his own family.

He is married to Lucy Wiegersma, an international event rider, and they have one son Thomas who was born in April.

Lucy was selected on the British eventing team in Beijing and in London and the couple run MGH Horses, a company that specialises in equine training and trading business based in Devon.

Padraig has been in very good form this year and was selected on the Irish team following an important victory with his horse 'Simon Porloe' in Tattersals International Horse Trials in June.

He was the winner of the CIC3* class at Tattersalls International Horse Trials and the recent CIC3* at Chatsworth in the UK.

“I was in good form all Spring and I was absolutely thrilled to be selected to go to Brazil. It is very exciting and I am looking forward to representing my country,” said Padraig.

He joined the other members of the Irish team at a training camp in Cambridge on Monday which will continue until they fly out to Brazil on Friday.