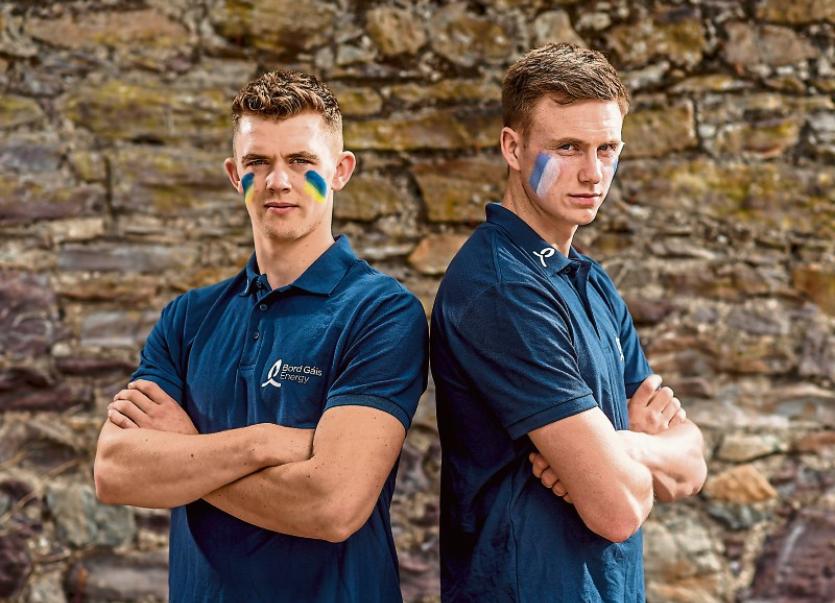 A first Munster U-21 Hurling Championship title in six years is Tipperary's goal when they take on Waterford in the provincial final at Walsh Park this evening, Wednesday, at 7pm.

Tipp lead the way with the most Munster titles, having won 20, but are 9/4 outsiders to add to that haul, as they face a Waterford team that has five senior players. Austin Gleeson, Conor Gleeson, Patrick Curran and Shane Bennett all featured in the county's defeat of Wexford in last weekend's All-Ireland Senior Championship quarter-final and they can also call upon Tom Devine, who played in the Munster Final against Tipp.

Nevertheless Tipp - whose captain is senior centre back Ronan Maher and who have another member of the senior panel in Nenagh's Barry Heffernan - will be boosted by their performance in the semi-final when they beat the All-Ireland and Munster champions Limerick in Thurles. And manager William Maher will be looking for more of the same this evening.

"We showed a huge level of hunger and desire against Limerick and if we can match that again we'll have a chance of beating Waterford", the Ballingarry man said.

However they will be without one of the stars of their semi-final win in Waterford this evening. Jack Shelly injured his knee while playing with his club Mullinahone and the manager says his absence will be a blow.

"He did well the last night and is a great competitor but that's sport. The lads who came in the last night gave us great impetus and we scored 1-3 from the substitutes (Gortnahoe-Glengoole's Ronan Teehan scoring 1-1 and Toomevara's Jason Ryan contributing two points from play), and that was very positive.

We'll need the same the next night and more. Guys were disappointed to be left out of the starting line-up against Limerick but when they came on they showed what they could do and that was very pleasing for the management".

Jason Ryan has been given the nod to replace Jack Shelly in the starting line-up and Maher was very proud of the way they battled against Limerick to win a closely-fought affair by two points.

"They were very intense and very honest and showed a huge amount of desire. As the manager of a hurling team that's all you can ask for, the hurling will take care of itself after that".

Waterford, who are 2/5 favourites to win this evening, walloped Clare by 3-23 to 1-11 in their semi-final, which was also played at Walsh Park, and according to the county's senior selector Dan Shanahan are "red-hot favourites for the All-Ireland, and rightly so".

William Maher says that Waterford (who are chasing a fourth Munster crown at U-21 and a first since 1994) will represent a noticeable step-up in class for his team, with their quota of senior players.

"All we can do is control ourselves and try and make sure that our levels of hunger and desire are even higher than in the semi-final. That'll bring you a long way in knockout hurling".

He predicted that if they can achieve that it will be very hard to counteract. He also pointed out that Tipp beat Waterford when many of the same players met as minors three years ago.

Following the success of the Seniors and Minors, a Tipperary win would secure a third Munster championship for the county this summer.

Captain Ronan Maher is in his fourth year in the grade and even for an U-21 team there's plenty more experience in the ranks. The team that beat Limerick had eight players who were in the side that lost to Limerick last year. They include Eire Og Annacarty/Donohill full back Tom Fox and Barry Heffernan, who are in their third year with the panel; and Billy McCarthy (Thurles Sarsfields) and Kildangan's Willie Connors.

The team also includes Golden/Kilfeacle's dual player Josh Keane, who was on the Tipperary team that overcame Derry in the All-Ireland Senior Football qualifier last Saturday; and Paul Maher of Kilsheelan/Kilcash, who won the TG4 man of the match award for his display against Limerick.

Tipp concluded their preparations with a light training session on Monday night.

"After that it's just a case of saddling up and letting them off", said William Maher.

This evening's match will be refereed by Limerick's Johnny Murphy. The all-ticket affair will be shown live on TG4.