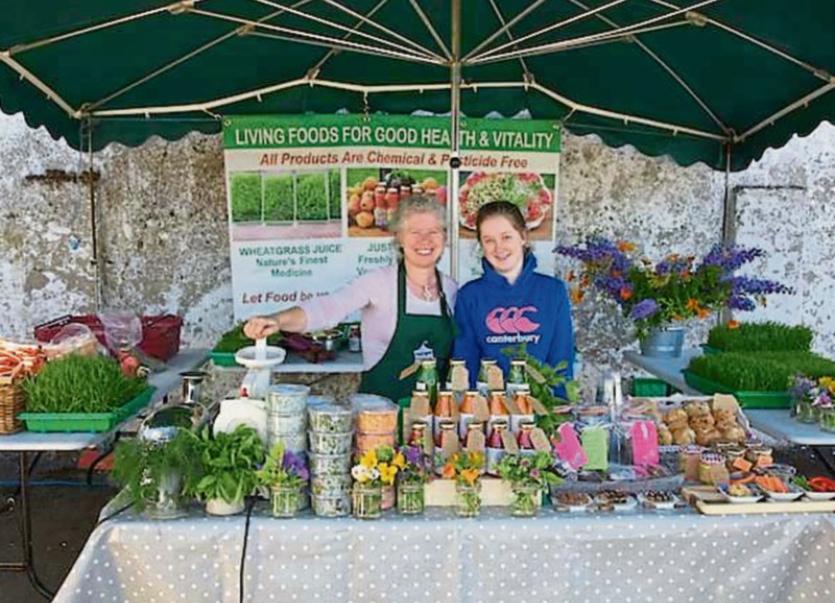 As part of the birthday celebrations, the market’s committee have been eagerly preparing for a family fun morning by inviting former and current market vendors, live music acts and face painters to coincide with the official relaunch of Thurles Farmers Market.

For the past 12 months the Thurles Farmers Market committee have been eagerly working on rejuvenating the market and encouraging local suppliers, home bakers and producers to sell their produce at the weekly market.

“There's a great atmosphere in the market. You get to meet the people who grew the produce or mixed the cakes and chat to them about the food. You don't get that anywhere else,” says John Fitzgerald from Thurles Tarts who has been involved with the local market for the past 18 months.

The idea for Thurles Farmers Market was originally raised by Michael Long who realised the benefits it could bring to producers in the area. An inaugural meeting in Thurles sparked great interest from which an organising committee was formed. The group were then successfully awarded Leader funding to develop the idea and 15 producers began operating on a weekly basis.

Last year the committee successfully received funding from CEDRA which it used to create a new look logo, website, signage, banners and most importantly its community tent and stall space. This latest addition to the market setting offers space to crafters and producers who are looking to test the market or simply sell excess produce from their kitchens or gardens.

“The community stall is free to use and people simply need to call and book a space,” says committee chairperson Laura Morley who adds it is hoped local transition year students will use the space as launching pads for their mini companies and businesses throughout the school year.

Today the market boasts eight regular vendors selling everything from soups, sauces, juices, cakes, buns, meat, organic fruit and vegetables, hummus and salads. Among those currently trading at the market are Kay Hanrahan Juices and Fresh from Parkstown, both long time vendors who were two of the first to open stalls at the market in 2006. Elsewhere organic producers Lough Boora Farm, Em's Sweet Treats, Michael Ryan Vegetables, Joe Hammersley Butchers, Thurles Tarts and Katie's Cakes round out the rest of the team who have been drawing crowds in their droves with their speciality dishes, fresh produce and mouth watering creations.

And the future of Thurles Farmers Market looks set to continue as the committee look to expand the number of regular stall holders and range of services on offer including demos and workshops.

"You don't need a massive investment to start and you have the added bonus of having built in mentors from the other traders. You just need a passion for food, an idea and some determination," explains John.

"The community tent is open to anything you can think of that requires a space. Running a stall doesn't have to be a full time business, you can make it what you want but it gives people a support network for starting out," he adds. Thurles Farmers Market is open this Saturday at Thurles Greyhound Stadium from 9.30am to 12.30pm.