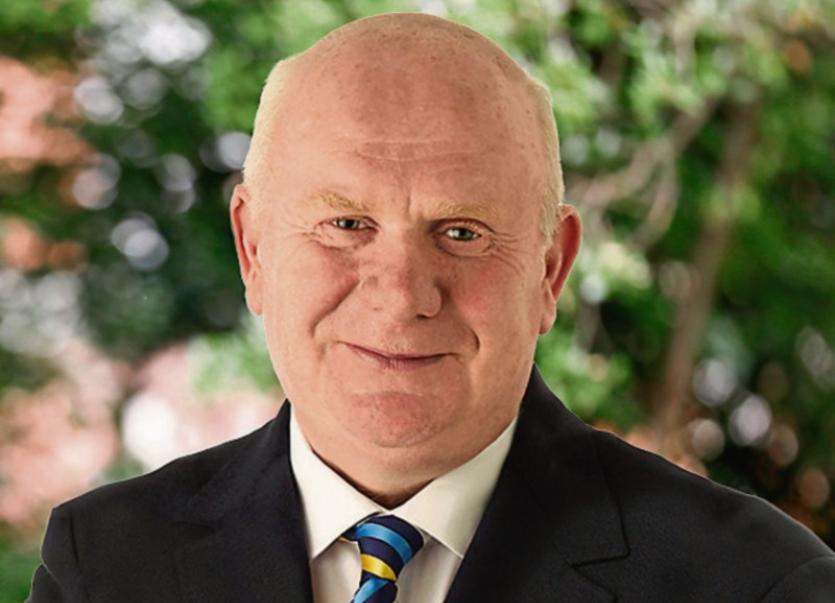 In a wide ranging meeting with Minister Harris, which covered issues pertaining to South Tipperary General Hospital, Nenagh Hospital, Thurles Community Hospital of the Assumption, Our Lady's Hospital, Cashel, Dean Maxwell, Roscrea and St Mary's Health Centre, Thurles, Deputy Cahill told Minister Harris that investment was required in order for the Government to meets its commitments to the health sector in the Tipperary area.

“It was a very productive meeting with Minister Harris who I found to have a lot of knoweldge of his brief and of the many issues involved, even though he is only in office a very short period of time”.

“We spoke at length about South Tipperary General Hospital and I informed him that it is running at 150% capacity regularly, thanks to an increase catchment area as a result of the reduction of acute services in Nenagh General Hospital - this results in a 20% increase in the catchment area and I told Minister Harris that the only soultion is a long term one. Ok the modular hospital idea is out there at the moment but that will cost €60,000 per week and it is only a very temporary solution. There is nothing signed up on this and no decision has been made yet, I am told,” Deputy Cahill told The Tipperary Star this week before adding that he cannot understand why Cashel is not being used as a step-down facility to South Tipperary General. “There has been huge investment in Cashel but it is lying idle - it doesn't make sense,” he said.

Mental health issues were also discussed, with Deputy Cahill raising the inadequacy of the home based service, the fact that 19 South Tipperary patients are receiving treatment in Kilkenny, and the loss of the 40 bed unit in St Michael's Clonmel. He called for the re-establishment of the facility and the services for the county.

In relation to the Thurles hospital, Deputy Cahill pointed out that it is virtually impossible to get a bed there with huge pressure on staff. There is also no occupational therapist or counselling available at St Mary's Health Centre in Thurles where the loss of the births, deaths and marriages registrar is also being felt severely.

“Thurles is losing services all the time and nothing is being done about it. We are being led up the garden path and I told Minister Harris that what is going on is simply not good enough. We also discussed the Shannondoc opening hours during our meeting,” he said.

Minister Harris agreed to meet representatives of the Dean Maxwell Home in Roscrea when he visits Tipperary, probably in August - he will also visit South Tipperary General Hospital then. The aim in relation to the Dean Maxwell Home will be to seek clarity on the 22 long stay beds, the 2 palliative care beds and the 3 respite beds there. A meeting will HSE staff is also on the cards to deal with this issue.

Nenagh Hospital requires the A&E to be open at night time according to Deputy Cahill who added that local fundraising for a cardiac unit must be supported by the department.

“Minister Harris listened to what I had to say and said that he would take on board all the issues before any decisions are made. It was a very positive meeting and I was glad to have had the opportunity to advance the Tipperary situation with him,” Deputy Cahill said.