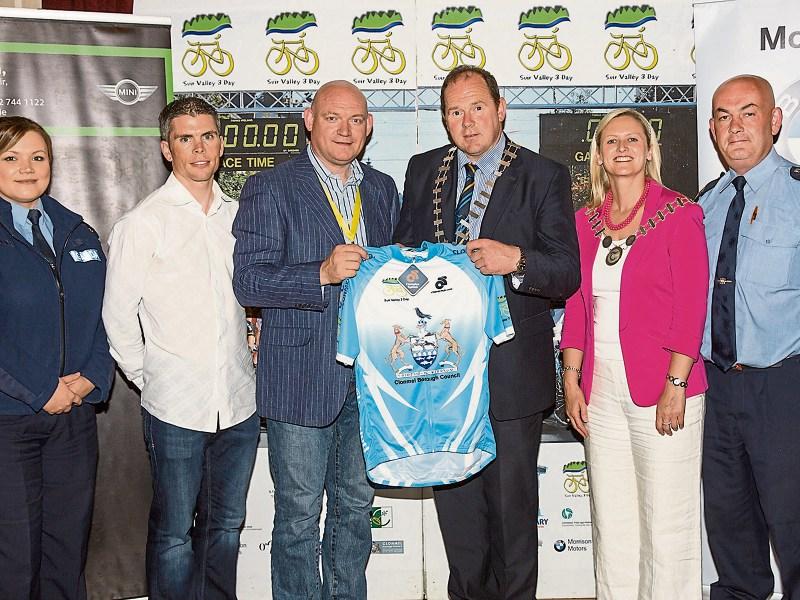 The Suir Valley 3 Day Cycling Festival, which takes place from this Saturday to Monday over the Bank Holiday weekend, has attracted its highest-ever entry.

More than 170 cyclists from Ireland and Britain will compete in the tenth annual event, which marks the start of Clonmel's Festival Cluain Meala and is the second biggest race in the country after the An Post Ras.

The Suir Valley gives locals the opportunity to watch first-class racing on the streets of the town and the surrounding roads.

And with an estimated 650 visitors - including cyclists, back-up crews and families - staying in the town for three nights the event represents a significant economic windfall for the local economy.

"The quality has improved and we have eight teams from the UK, which is an indication of the growing popularity of the race", says Race Director Declan Byrne.

Welsh rider Ed Laverick, who last year became the first rider outside of Ireland to win the overall race, is returning to defend his title.

Another former winner, Martyn Irvine from Newtownards in Co. Down, who won gold at the 2013 UCI Track Cycling World Championships in the Scratch Race, will also take his place in the line-up.

"All the top domestic teams will be represented and the standard just keep getting higher", says Declan Byrne.

One of those home teams, the Cork-based Team Aquablue, is turning professional next year while two pro continental teams are also travelling from Britain.

TG4's cameras will capture all the action for broadcast on its news bulletins and in a special programme at 5.15pm on Sunday August 14 while two other television channels, Eir Sport and The Bike Channel, will also screen highlights at a later date.

"All the television programme managers have been blown away by the scenery of the route in South Tipp and West Waterford", says Declan Byrne.

Organisers are also hoping that the participation of eight British teams will persuade sports channel Eurosport to cover the event.

All of the stages will begin from the former Kickham army barracks in Clonmel. The first stage begins at 1pm on Saturday and heads to Cahir, Mitchelstown, Fermoy, Lismore, The Vee, Clogheen and Ballylooby before finishing in the Square in Cahir at approximately 4.30.

There are two stages on Sunday. The first starts in Clonmel at 11am and will return approximately two hours later having travelled to Ballymacarbry, Dungarvan, Lemybrien and Carrick-on-Suir.

On Sunday night people are encouraged to come out and watch the criterium that will be held around the streets of Clonmel, starting and finishing in O'Connell Street, from 7-8pm,

In a departure from recent years the route for the final stage on Bank Holiday has been changed. From its start in Clonmel it will continue to Cahir, Bansha, Glen of Aherlow, Tipperary town, Dundrum, Cashel, Fethard and finish in Parnell Street in Clonmel at approximately 1.30.

"The Suir Valley is now firmly established as the traditional end-of-season race on the domestic calendar", says Declan Byrne, who has expressed his thanks to the sponsors and everyone else who contributes so much to the success of the event.