The Return of the Arinn is fourth book in series written by Sheffield-based author Dr. Frank Ryan 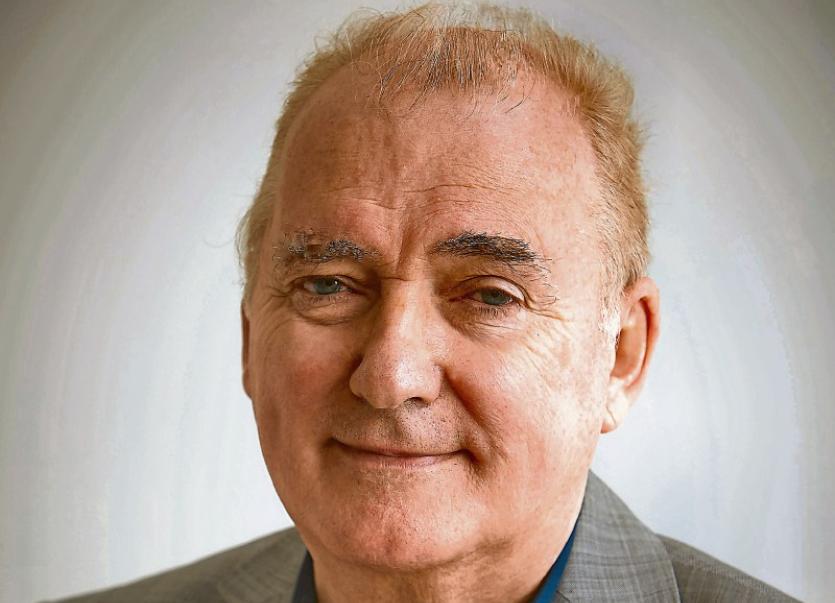 Clonmel features prominently in The Return of the Arinn, the fourth and final novel in the epic fantasy series written by a well-known author who spent much of his childhood in the town.

Dr. Frank Ryan, whose books have been translated into nine languages. now lives in Sheffield in Yorkshire.

He was born in Limerick, where his late father Frank was stationed in the army.

When he was 18 months old the family moved to Clonmel, the home town of his late mother Mary Fitzpatrick, whose father Patrick was originally from Dundalk and moved to Clonmel to take up a position at The Borstal, having served as a sailor in the Royal Navy during the First World War when he survived being sunk three times in one day in 1914.

He was a scholarship student in the class of Brother Concannon in St Mary's school and was an altar server at the parish church of the same name.

He remembers winning a medal for Irish recitation at the Feis Ceoil. He also fondly recalls hunting rabbits with his pet dog and swimming in the Suir among his very happy memories of growing up in the town.

When he was 13 the family moved to Bolton in Lancashire, where he attended the local grammar school.

“Arriving into industrial Lancashire from Clonmel back in those days was like moving into an alien world”, he says.

He later studied medicine at the Sheffield University Medical School before graduating as a doctor and later becoming a teaching hospital consultant physician.

He wrote his first book while still a student. He also ran an art gallery and became an international bestselling writer of both science (biology and medicine) and fiction, mainly epic fantasy.

The Return of the Arinn was published towards the end of last year in tandem with another non-fiction book that he wrote, The Mysterious World of the Human Genome, which he says explains how the genome at the heart of your being actually works.

"Fantasy is a very creative form of literature and I have no doubt that creative instinct, experiences long ago when I lived in Clonmel, all played a part", he says.

"I began to write my first novel when I was a young medical student, so the artistic impulse was there very early on.

I also ran an art gallery in Bolton for nine years, when I was a young and very busy doctor in the teaching hospitals of Sheffield, so you can see that the artistic side of my personality was showing through again.

Even when I write I take inspiration very much from visual stimuli, whether films or still pictures.

I wrote three thrillers and a contemporary novel before switching to fantasy.

I felt a natural pull to fantasy as a particular art form because I liked the creative freedom it offers.

I also discovered, to my surprise, that there was very little fantasy out there based on Irish mythology, given the huge wealth there was to draw on”.

Following the publication of The Snowmelt River, the first of the four books in the fantasy series, he was approached by John West in Ireland to help explain the benefits of the Omega 3 fatty acids to the Irish population.

"I’m a medical scientist as well as a physician, with a particular interest in the evolution and function of the human genome.

And it just came up in conversation between myself and Brendan Murphy, the head of John West Ireland, that we might be in the position to help youngsters improve their literacy.

We set up a nationwide fantasy short story competition in Ireland that ran for three successive years and attracted tens of thousands of entries.

I wrote a free booklet that was used by teachers in the schools. It was all a bit of fun but also useful in helping literacy".

The series opens with the first meeting of the four friends in Clonmel, when they quickly realise that they come with very different personalities.

"There is a lot of local description here including the river Suir, Slievenamon and the Comeraghs, but I deliberately kept to my own childhood memories rather than portray Clonmel as it is today.

We also meet Alan's grandfather Padraig, who is the guardian of the Sword of Feimhin.

Slievenamon, with its gateway between the two worlds of Earth and Tír, is always there in the background, even when the adventure shifts to Tír and to England, Australia and London in the last two books.

Padraig becomes a central character again in The Return of the Arinn and Alan and Kate return to Clonmel at the end of the book".

Several of Frank Ryan's relations still live in Clonmel, including his aunt Veronica Sheehan (neé Fitzpatrick), whose late husband was Micky Sheehan; and his uncle Tony Fitzpatrick, who lives in the Old Bridge.

Dr. Ryan is married to Barbara and the couple have two children, Catherine and John, and two grandchildren, Amy and William.