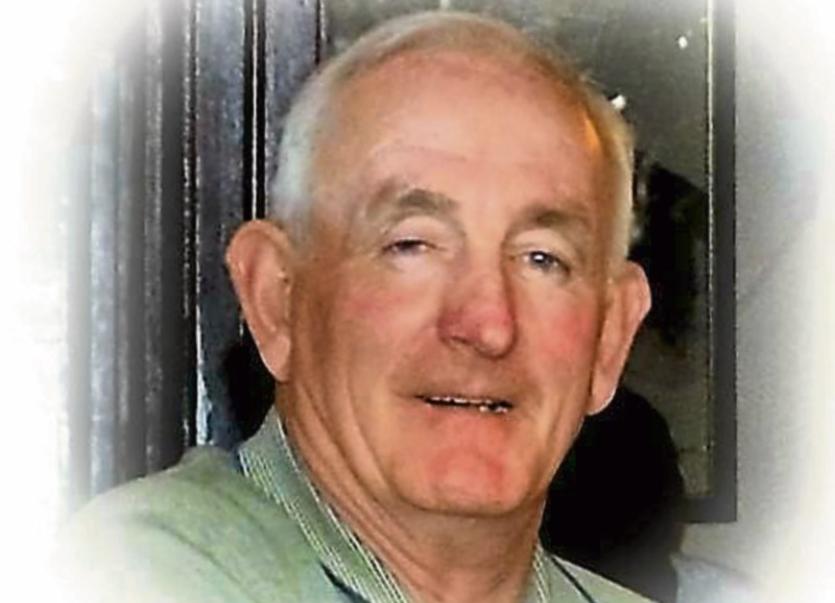 All in Carrick Swan GAA Club were deeply saddened to hear the news that broke on Tuesday July 12th that Tony Fitzpatrick had passed away all too soon at the age of 63 years after an illness borne with great dignity and courage.

2016 has so far proven to be a very sad year as once again another valued member of our community has been taken way before their time.

What set Tony apart is not just what he achieved in sporting terms but also the way he fought adversity when faced with ill health over 35 years ago, it did not stop him then and in fact it made him stronger.

I would like now to reminisce on Tony the sportsman. Tony excelled in every sport he ever played from having a single figure handicap in golf to playing soccer with Carrick United, but it was in the G.A.A that his star shone brightest.

I go back to a time when players did not have multi coloured boots or helmets and the only adornments to a hurley then was a flattened can of batchelor peas or beans nailed to the camán to keep it intact, where the tin hoop could rip you to shreds if loose and the sliotár was out of shape from constant battering.

The Green was mecca for children back then but unlike the manicured grounds we have now it was a place where if you fell on the ground you undoubtedly got up with a few lacerations to bring home and on such ground was a young Tony Fitzpatrick happiest.

In or around 1964 was the first time I saw Tony hurl on the Green and he was a class apart even then, big and strong and along with his brother Seán they would go on to help backbone the Swan teams for many years to come.

Tony’s late parents Paddy and May Fitzpatrick lived in Marian Avenue just a stone throw from the Swan Club. Paddy (Butcher) as he was known was a great full forward in his day and there is an iconic picture in the history of South Tipperary GAA 1907-2007 written by Micheál O’Meara that depicts Paddy in the 1960 south final in a crowded goalmouth pulling on a ball in the air wearing his customary cap, his shorts are torn to shreds but eyes are firmly on the ball, a classic photograph.

Paddy served the club for many years as both a player and a selector while Tony’s late mother May was a sister of the late Sean Barrett who lined out in goal for the Swan for many years,

May deserved a medal such was her devotion to following the Swan and she attended all our games with her sisters Kathleen R.I.P. Peggy R.I.P. and Cissie and daughters Mairead, Marie, Angela and Lilly Ann, their vocal support alone was worth 6 points.

Tony could play in any position and in fact I would hasten to add that he probably did do as he was a team man first and foremost and when that black and white jersey went on him the battle lines were drawn.

He played the game in a manly fashion and the harder it got the better he liked it but he always played fair and with great skill.

Tony was also a very skilled footballer and he won a south U21 title in 1973 with a Tom Nealon managed St. Nicholas team picked from the town's clubs, intermediate south titles with the Swan followed in 1975/1982/1985.

When Tony’s days as a player were over he got involved in coaching and as mentor of many of our teams, when we set up the supporters club some years ago he was one of the first to help raise funds, he was always available to help when required.

Tony was also a passionate horse racing fan and travelled on numerous occasions to Aintree and Cheltenham with his close friends from his favourite watering hole ‘The Old Mill’. If called on for a song he would invariably choose ‘The Dutchman’ or maybe ‘Tipperary So Far Away’.

The question was asked many times over the last few weeks about what was Tony’s greatest display and the fact is he had so many it’s hard to pick just one, he had some great performances against Kilkenny and Waterford clubs in many of the tournaments we played in back in the 70s and 80s but if pressed to pick one I will go back to 1974 in senior hurling when still only 21 years old and playing centre forward he knocked over 4 points to win the south final for us for the first time in 15 years in the local derby to scenes of joy that have never been replicated.

Tony’s wake and funeral was one of the largest seen in the community and was indicative of his standing and his popularity, old adversaries from far and wide that he had battled on the field of play came to pay their respects and say goodbye to a true warrior, the respect they had for Tony evident from their stories and their presence.

During the mass his close friend Sean McDonnell paid a moving tribute while Tony’s sister in-law Maria thanked all who had helped in any way at this sad time.

Tony’s coffin was draped in the Swan and Tipperary colours while a guard of honour was accorded by members of the Swan club in conjunction with his co-workers from An Post who lined the entrance to the cemetery. Terry Flynn led the mourners in a rendition of ‘Slievenamon’ at the graveside in an emotional final farewell.

Since Tony’s passing social media has been awash with people paying their own personal tributes and the one word that is ever present in all of those tributes is that of ‘gentleman’ for a gentleman he surely was.

To his loving wife Bridget, brother Seán, sisters Mairead, Marie, Angela and Lilly Ann, his Aunt Cissie and to all his family, extended family and loyal friends heartfelt sympathy is sincerely offered.