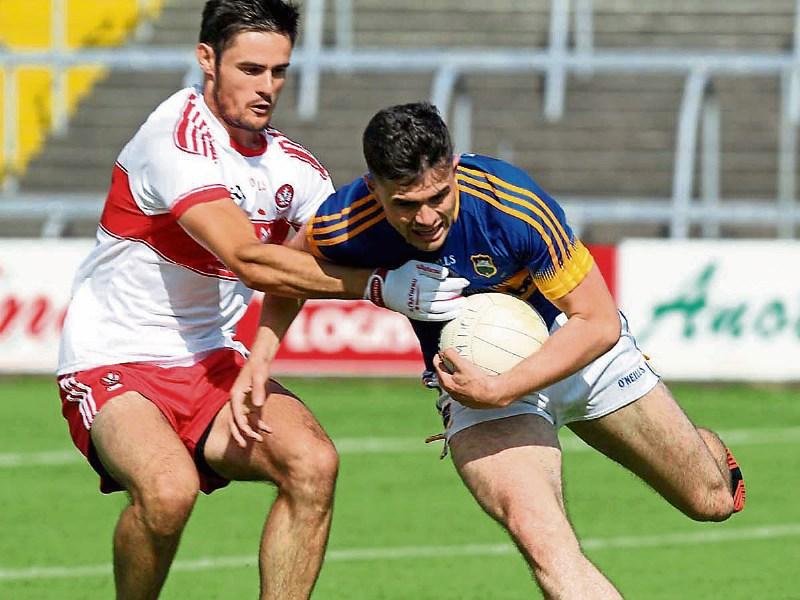 Tipperary have shaken the football championship to its foundations by qualifying for their first All Ireland senior football semi-final since 1935. An awesome display brushed aside the Galway challenge at Croke Park on Sunday and now only Tyrone or Mayo stand in their way of a final appearance.

It's fairytale stuff for the Premier County. And now they remain the only county that can complete the hurling and football double.

Remarkable scenes greeted the final whistle at Croke Park as fans serenaded their heroes with chants of 'Tipp Tipp Tipp'. They were scenes not seen at headquarter for some time - certainly not after a quarter final. Tipp fans were jubilant at what they had witnessed.

But the scenes were fully deserved. Manager Liam Kearns said after the game that he hoped the team would receive the respect it deserved now - and they certainly should.

They didn't just beat the Connacht champions - they hammered them. Playing an expansive brand of football that few other teams have matched this season, they broke quickly from the back and finished lethally.

If anything they should have won by more such was their dominance. Alarm bells rang in the first half as chances went wide or were dropped into the hands of the Galway keeper.

But there was no need for concern. Kearns had a plan for his team and it worked. Brian Fox was immense in a covering sweeper role with Bill Maher and Robbie Kiely breaking forward with real pace.

Captain Fantastic Peter Acheson lorded midfield, providing vital leadership, and upfront Tipperary have shown that they have one of the most lethal attacking forces in the country.

Their 3-6 between was more than Galway's total. Quinlivan has taken his club championship form with Commercials to the county stage and his goal kickstarted the Tipp revival after the Westerners had gone 0-4 to 0-1 ahead. Tipp need to get into the game at that stage and Quinlivan lit the spark.

He finished with 1-4 in an enormous display. He received a merited standing ovation when substituted as did Golden/Kilfeacle's Josh Keane who was a constant thorn in the Galway defence and who made up for the disappointment of the midweek loss with the under 21 hurlers.

Ballyporeen's finest Conor Sweeny chipped in with 2-2, the goals massive scores that pushed Tipp out of sight.

If Tipp were going to win this game many thougt they might have been holding on in a nervy finish. Instead they were running down the clock!

Galway scored five points in the second half -a remarkable tribute to the Tipp defence with keeper Evan Comerford rock solid at the back.

Lesser teams might have folded after an injury time Galway goal brought them back to within in three points of a dominant Tipp at half time but instead it was Tipp who came out stronger for the second half and pushed on in the style of a really good team.

In some respects this result shouldn't be too surprising. This team contained players with minor All Ireland medals and others who pushed Tyrone all the way in the u-21 decider last year. Tippp football is alive and well.

The players now have a few weeks to take it all it. They are in the last four in the championship, two games away from the ultimate prize. And if history and traditon count for anything, they have more All Ireland titles won than either Mayo or Tyrone.

Over to Brendan Maher and the hurlers now to keep the ball rolling.

Subs: A Varley for Sice, P Varley (0-01) for Heaney, E Tierney for Brannigan, P Sweeney for A Varley, P Cooke for Walsh, E Hoare for Conroy (BC).