Tipp football the talk of the town

The dream lives on 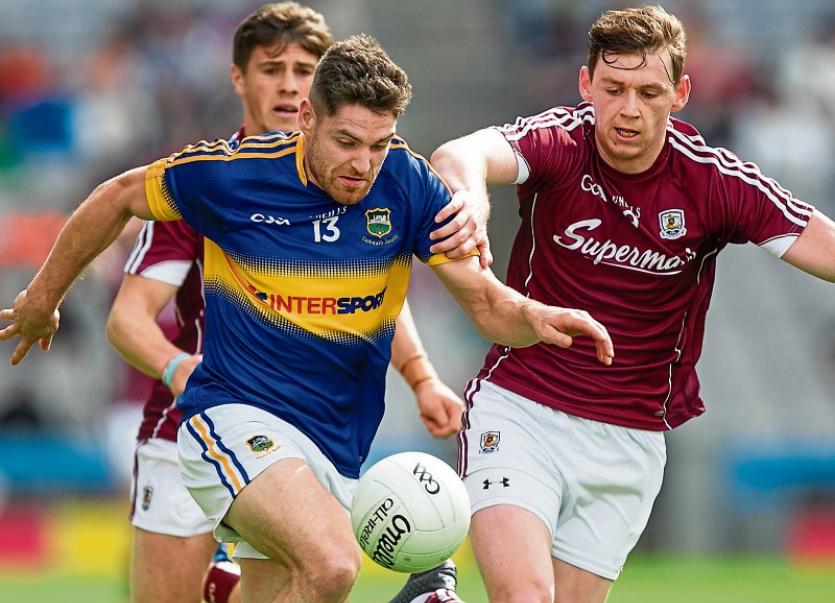 Tipperary football remains the talk of the town.

The side's historic win over Galway on Sunday, qualifying them for their first All Ireland senior football final since 1935, is the main sports story in the country.

Such a marvellous win has obviously thrilled the county's own fans but it has reverberated across the nation.

Social media has been awash with congratulations from players and ex-players in many counties.

And even the hard-nosed pundits have joined in.

Joe Brolly and Colm O'Rourke deny they were sniggering at Tipperary at half time in the Munster final - but that's all in the past now as they joined the chorus of tributes to Tipperary on Sunday.

The manner of the victory has won the hearts of football purists. There was nothing negative about the display. Brian Fox was outstanding in covering back as a sweeper but not as other teams do in a purely defensive manner. He was equally influential coming forward and was the launchpad for many of Tipperary's attacks.

Fox, Peter Acheson, Bill Maher, Robbie Kiely, Jimmy Feehan, Conor Sweeney - indeed anyone on the team could have been in line for The Sunday Game's Man of the Match award.

And yet there can be no complaint about Michael Quinlivan's selection. The bigger the occasion, the bigger the performance for the Commercials player. He hit 1-4 and could have bagged at least two more goals in a display that lit up Croke Park.

Quinlivan and many of his team mates are already been mentioned as All Star nominees - that is an incredible achievement for the team.

But this is a team that doesn't know when it's beaten - and the winners of Tyrone and Mayo on Saturday will be acutely aware of that. It has overcome the loss of so many key players - Colin O'Riordan to Australian Rules fooball, Seamus Kennedy and Steven O'Brien to the county hurlers; Jason Lonergan, Kevin Fahey and Liam Casey to the United States; and the retirement of a stalwart such as Barry Grogan.

But instead of dwelling on who was missing, manager Liam Kearns, captain Peter Acheson and the rest of the team have concentrated on who they have. They are a tighly knit bunch who work tirelessly for each other. On Sunday Galway may have felt they had better players but they didn't - and neither did they have the heart and drive and passion of the Tipp men.

Former County Board chairman Barry O'Brien said a few years ago that he wanted to see Tipp win Sam Maguire by 2020. Many laughed then but no one is today. That's still four years away and now, in 2016, Tipp are just two games away from that dream.

It's all to play for. Mayo and Tyrone will tear into each on Saturday with Tipp sitting back watching. Once the result of that game is known, Kearns will make his plans. And whichever of them wins through to the semi-final on August 21, they will underestimate Tipp at their peril.

A wonderful dream lives on.