Success at the Dublin Horse Show 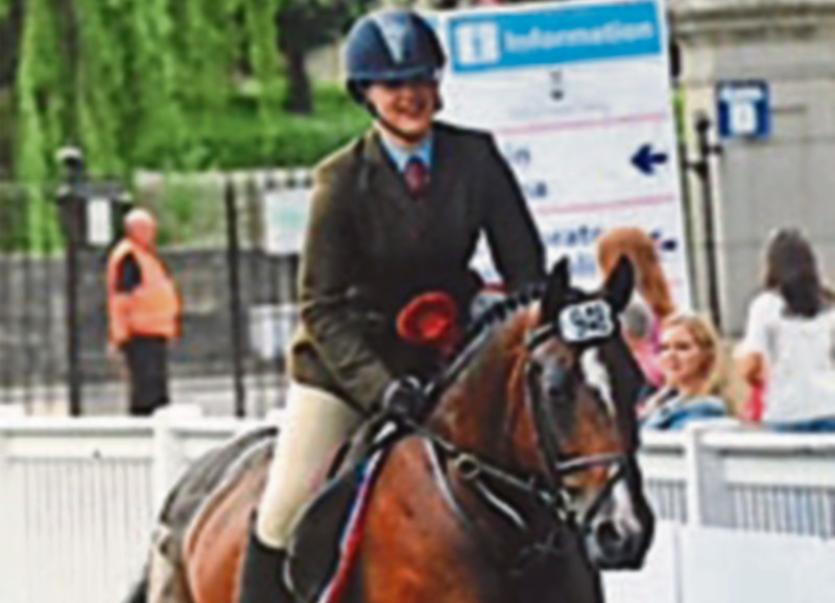 A seventeen year old show jumper from Holycross has described her win as a “dream come true” after recording her biggest success to date at the Dublin Horse Show last month.

“The Dublin Horse Show is such a prestigious place to compete and winning a class up there is amazing but to be crowned the champion is a dream come true,” said Susie who has been a member of the Golden Vale Pony Club for 12 years.

However Susie, whose brother Jack is a well known National Hunt Jockey in New York, is no stranger to the competition having competed in the Working Pony event at the RDS last year - finishing in second place in 2015 and fourth place in 2014.

The talented event rider and side saddle competitor admits she was initially shocked to hear her name being called as the competition level is so tough and competitors are generally unable to judge how well they are doing until placings are called.

“There is a huge amount of apprehension. It didn't really sink in for a while for me to be honest,” she says modestly. “Normally I have a slight inkling of where I am coming and if I've done good enough to come first but this year I really didn't know where I was going to come,” she adds.

And this summer Susie will be able to celebrate her win in style as she will be spending a month in Saratoga Springs, New York to experience racing and watch her big brother Jack in action.

“I'd love to always be involved with horses but I think I will keep it as a hobby rather than a job. At the moment I would love to become a secondary school teacher but we will see how this year goes,” she adds