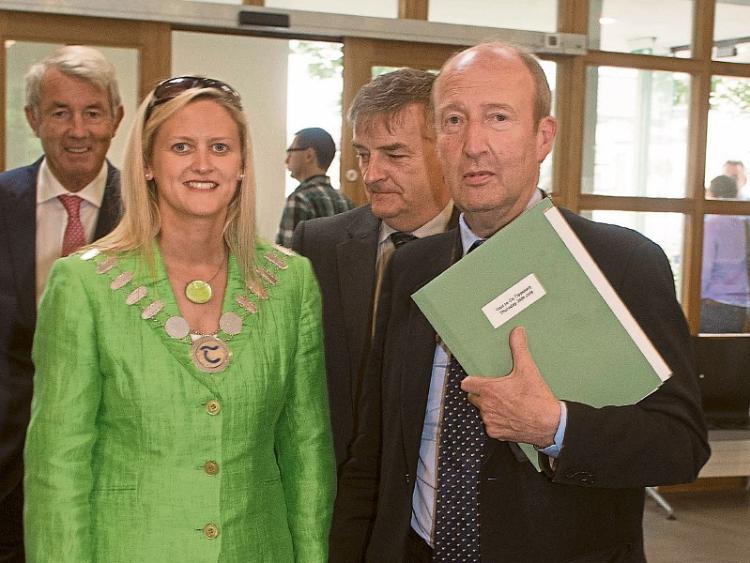 Transport Minister Shane Ross has admitted that the condition of the roads in Tipperary is worse than he thought it would be.

However he has stopped short of pledging additional funding for the county's roads at this stage.

The Minister made his remarks during a visit to Tipperary last week, when he heard renewed calls for a long-awaited bypass for Tipperary town and additional funding to complete the repairs to Ardfinnan bridge.

Minister Ross visited Ardfinnan to examine the work on the bridge, which has been reduced to one-way traffic for almost a year.

He was in also in County Hall in Clonmel to meet a deputation from Tipperary County Council to discuss a deficit in roads funding.

When asked if additional funding would be allocated, the Minister stated "we're not going to be making any promises like that at this stage. We're just looking and then we're going to consider the allocations in due course.

You've got to remember that the resources are very limited indeed".

Speaking after Thursday's meeting in Clonmel, the Minister said one of the reasons why he wasn't making any commitments was because he would be visiting "a large number of counties to see what the state of the rural roads is. This is my first official visit to a county and it has been extremely useful, but there will be plenty more".

He said he was aware that the bridge in Ardfinnan was "a very important project for people. We'll look at it and see how sympathetic we can be.

I really am on a tour of education, learning about rural roads, and I'm hoping to learn more in the next few weeks. So whether my attitude has changed or not my education has improved".

The meeting in Clonmel was attended by Cllr. Andy Moloney, Mayor of Clonmel Borough District,

While he thought that the N24, Waterford-Limerick road was high on the agenda, Cllr. Moloney felt there would be "nothing happening" in terms of funding for a bypass for Tipperary town until at least 2019.

However Cllr. Moloney thought that the bridge in Ardfinnan was in with an outside chance of funding. He pointed out that a grain farmer had to move the bollards recently to get his machinery over the bridge.

He believes that all other projects will have to wait.

Cllr. Moloney said the lack of progress on the N24 had led to congestion on the inner relief road in Clonmel. Filter lanes needed to be provided as soon as possible "if the Minister was not going to move on making funding available".