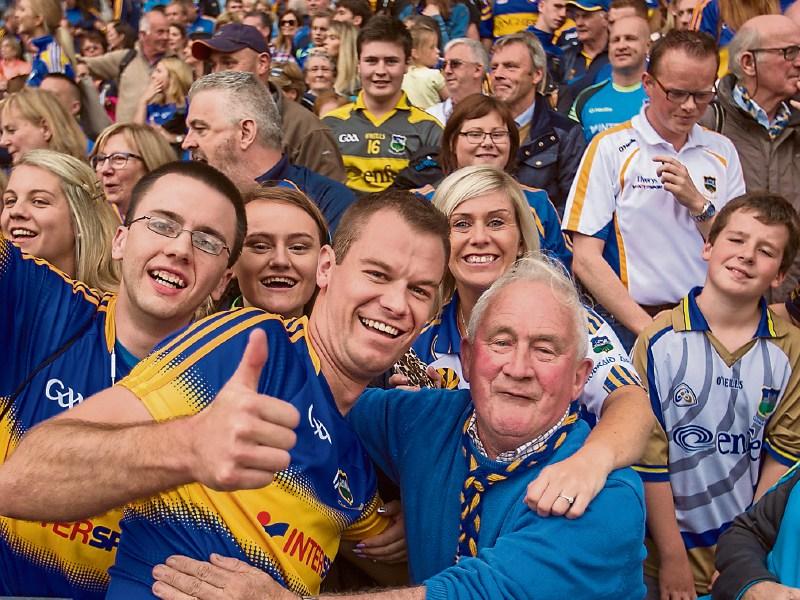 Tipperary sports fans have been urged to get behind the county's senior footballers in their bid for an All-Ireland final spot on August 21.

The team are on the cusp of history having defeated Galway last weekend to make an All-Ireland semi-final for the first time in 81 years, when they were beaten 1-07 to 0-08 by Cavan at the death.

“It will be massive if the whole county turns out,” county chairman Cllr Joe Hannigan told the Tipperary Star. “I think they will. There is a groundswell of support out there, a growing band of supporters. The occasion is going to be brilliant, one to savour. I am encouraging people to attend en masse and enjoy the game.”

Cllr Hannigan, whose son George, is on the team, said: “Anybody who was in Croke Park last Sunday would have seen the bond between the players and the supporters. To see them all trooping over to the Hogan Stand afterwards and see the expression of joy from both team and fans was very tangible,” he said.

Cllr Hannigan is now trying to put together a package so that Tipp fans can attend the hurling semi-finals the previous week, August 14, and the football semi-finals and cut down on expenses.

Describing the footballers as being like “Leicester City, Iceland and Connaught Rugby”, he said: ” They have earned the support of the county. Anybody in Tipp would be proud of their character and of them as a team. The way they play the game, the whole country is talking about them. They play it the way it should be played.”

Hopefully, the footballers were now going on to a new level, he said, where they can regularly contest Munster finals and make the All-Ireland semis. In the meantime, they aim to get out of Divison 3.

He paid tribute to the team squad and the backroom staff, especially former Munster rugby player Ian Dowling pointing out that the football board had put togehther a 10-year programme to get to where they are now.

“We are trying to hold on to the older ones such as Philip Austin from Borrisokane who is 31, right down to the youngest,” said Cllr Hannigan.

In the meantime the county is dreaming of the double on the first and last Sundays of what is hoped will be a glorious September for Tipperary sport.