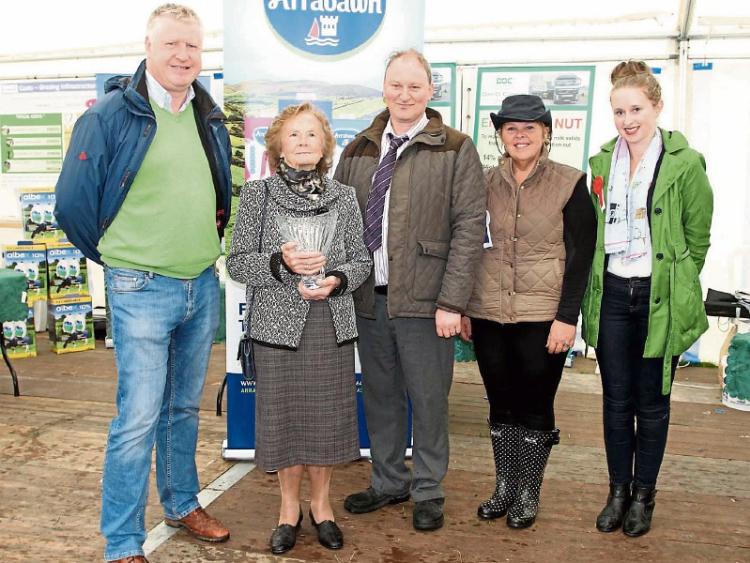 On a day that was more like October than August, North Tipperary Agricultural Show once again proved its popularity by drawing huge crowds to Nenagh Showgrounds on Monday.

However, the general consensus among exhibitors was that the weather affected numbers.

But despite the heavy downpours throughout the day and a muddy field, all the competitions went ahead, with the Irish Hereford beef catagory being the biggest in Munster. There were also good entries in the dog show and the showjumping sections.

And the weather didn't stop the more sartorial minded from dressing up for the show, with a good entry in the Best Dressed Lady, Most Appropriately Dressed Gent and Most Suitably Dressed Child contests.

This year's winner was Nancy Grace from Ballyhiskey, Carrigatoher, who dressed in a very traditional country tweed style.

Second place went to Alice Mary Barry from Borrisoleigh, and, not to ne outshone in the fashion stakes, her husband, John, took the prize as Most Appropriately Dressed Gent

The Most Suitably Dressed Child prize went to Hazel Coogan, Kilkenny, who was dressed for the weather in wellies and raincoat.

Among the displays, the biggest attraction was the array of vintage cars put on by Nenagh Classic Car Club. A total of 202 old models made their way from around the country, up on last year's number of 162, Brendan Murphy told the Tipperary Star.

The club spent two days getting their display area ready, making sure none of the cars would sink in the mud. The vintage display included a whole fleet of Toyotas, Minis, BMWs, Audis and a classic Ford Mustang.

And one member, Aidan Cleary of Coille Bheithe, Nenagh, walked away with a vintage Toyota Carina which he won in the raffle. The car, valued at around €4,00o, was donated as a prize by Davros Lynch of Rory Lynch Transport, Shannon.

Not to be outdone in the raffle stakes, Olivia Kennedy of Templederry and Liam Walshe of Tyone shared the prize for guessing the weight of the pig at the IFA stand. The portly porker came in at 51kgs.