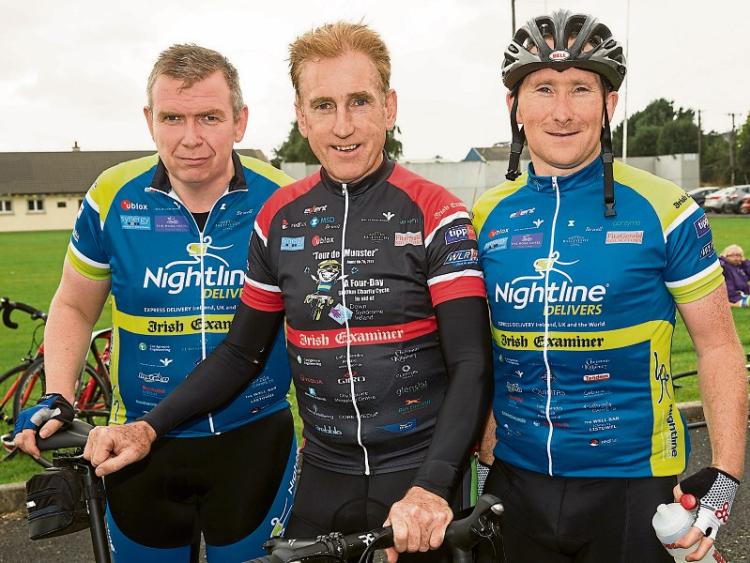 The charity cycle in aid of Down Syndrome Ireland passed through the county as the cyclists undertook day one of the four day, 600 km journey.

Joining them was cycling legend Kelly, who is a huge supporter of the event with this being his 11th year participating in the Tour de Munster.

His first stop in Tipp was in his home town of Carrick on Suir and then on Clonmel where a huge crowd greeted the cyclists at the Clonmel Og GAA grounds, including Tipperary County Council chairperson Siobhan Ambrose.

He is pictured at the Clonmel stop with fellow cyclists Robbie Shanahan and Michael Hassett.

The cycle then made its way to Cahir and Tipperary town.

All funds raised from the charity cycle will go directly to the Munster branches of Down Syndrome Ireland.