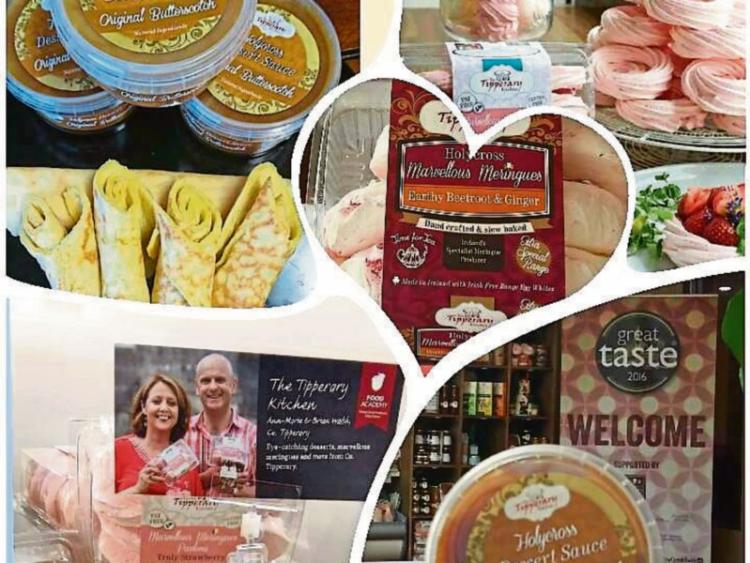 Following months of judging, the results of the world’s most coveted blind-tasted food awards, Great Taste, have just been released, with many producers in Ireland now able to celebrate.

Out of the 10,000 products to be judged, 3,539 were awarded a highly prized Great Taste accolade and a remarkable 430 are based in Ireland, including 3-star award-winning The Tipperary Kitchen based in Holycross and Crossogue Preserves in Ballycahill.

While these producers revel in their success and begin displaying the unmistakable gold and black Great Taste logo with stars on their award-winning products, they will wait with much anticipation to see if they also scoop the top awards for their region. These awards will be announced at the Great Taste Golden Fork Awards Dinner at in London on Monday 5 September.

Recognised as a stamp of excellence among consumers and retailers alike, Great Taste, organised by the Guild of Fine Food, values taste above all else, as all packaging is removed for blind taste testing.

Judged by over 500 of the most demanding palates, belonging to food critics, chefs, restaurateurs, cooks, producers and a host of food writers and journalists, Great Taste is widely acknowledged as the most respected food accreditation scheme for artisan and speciality food producers. In the words of highly regarded restaurant and food critic Charles Campion, “Great Taste is the only food award worth having”. This year’s Great Taste Roadshows saw Great Taste judged in Ireland for the first time at Hotel Minella in Clonmel, Co Tipperary.

Ann Marie Walsh and her husband Brian of The Tipperary Kitchen have been in business 11 years and employ 12 people between their store in Holycross and their kitchen. They are absolutely delighted with their awards for two of their huge range of products. Their Butterscotch Sauce, which was thought to be “beautifully made and executed perfectly” to create “heaven in a bowl” according to the judges received 3 star award and their Beetroot and Ginger Meringues received a 2 star award. According to Ann Marie “to get a 1 star award would have been fantastic as a Great Taste award means that you have a stand-out product. The team are absolutely delighted with the results”.

At The Tipperary Kitchen, all of their products begin with a top quality local ingredient, be it Tipperary Butter, cream from Thurles Creamery or local eggs, quality and freshness are key to their success.

Once known as Holycross Foods the company rebranded after joining up with the Tipperary Food Producers, who have been a huge support in helping to grow the business according to Ann Marie. Their range of products include bread, chocolate biscuit cake, sauces and a huge range of flavoured meringues. The judges described their award winning Beetroot and Ginger meringues as being “a beautifully rippled meringue, crisp and gooey mallowy middle. The beetroot comes through in little waves, the warmth of the ginger adds another note. The sweetness and the earthiness combined with the warmth of the ginger are well balanced.”

According to Ann Marie their “food is made for people who want quality homemade food but don't have the time to make it. You can whip up a really delicious and simple chefy type dessert using our meringues and one of our sauces”.

The Tipperary Kitchen products are available in lots of shops locally and are available nationwide through SuperValu Musgrave Wholesale Partners and Musgrave Marketplace Food Service.

Bowled over by the tremendous result, Crossogue Preserves’ owner and founder Veronica Molloy says, “my team and I are overjoyed by Crossogue Preserves’ success at this year’s Great Taste Awards. We work hard to ensure that the quality and taste of our preserves are always paramount, and it has paid dividends. Winning a three star gold award for our Damson Port Jelly makes us very proud”.

Crossogue Preserves are available at many local outlets.

The final announcement of the winner of Great Taste Supreme Champion 2016, sponsored by Harrods, and the regional Golden Fork Awards will be made at The Royal Garden Hotel in London on Monday 5 September.

The Tipperary Food Producers will host a Tipperary Breakfast during this event and we wish all of our Tipperary producers the very best of luck.