Anger over location of Speed Vans 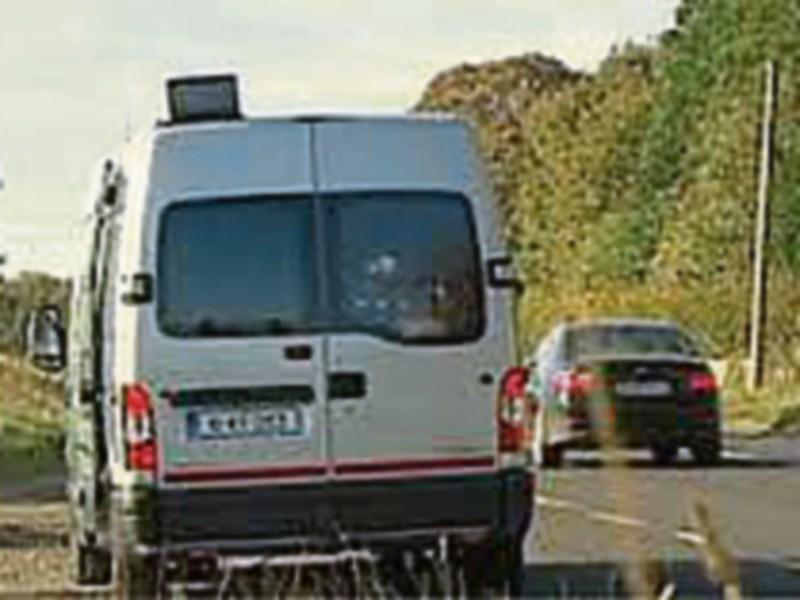 Over 300 speeding notices were issued across a two day Garda Traffic Operation in Templemore earlier this month according to figures obtained from the Garda Press Office.

The Divisional Traffic ‘Robot Van’ was in operation at Killtilane, Templemore on July 6 and 7 as part of a policing operation to improve public safety through enhanced community engagement and high visibility road policing.

However locals in the area have expressed anger over its location on the Clonmore road claiming the motorists were “handy pickings” with some motorists earning multiple penalty points over a number of hours.

“There were people travelling the same stretch of road several times during the two days who were caught dropping kids off to summer camps or going to and from work,” said one distressed local. “It was like shooting fish in a barrel, handy pickings two mornings in a row.”

“There are other roads here where people are completely breaking the speed limit and those are the roads which need the speed vans or cameras on them but I don’t see them there. The drivers doing over 100mph on the small country roads are the ones who need to be stopped,” they added.

In a statement An Garda Siochana said they will “continue to work with communities to ensure that the number of road deaths and serious injury collisions are reduced and in particular that Tipperary roads are safe places to travel.”