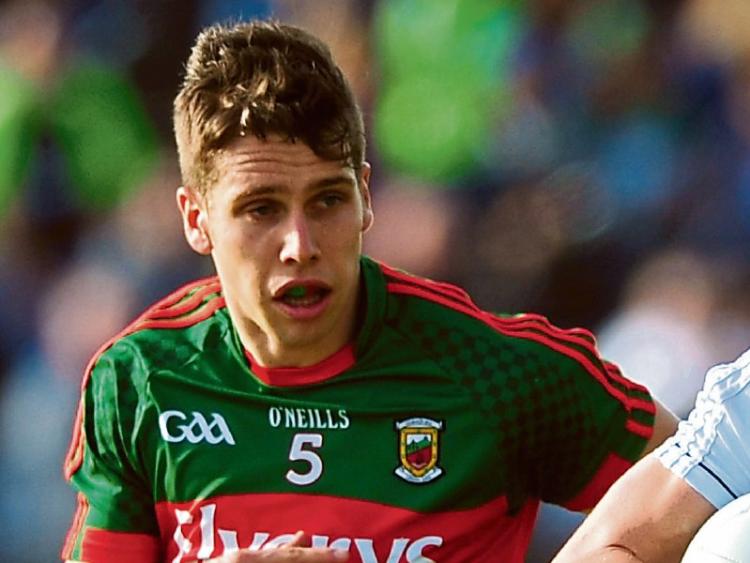 It's Tipperary versus Mayo in the All Ireland senior football semi-final on August 21.

Mayo beat Tyrone by a point in Saturday's quarter final at Croke Park to set up a last four decider with Tipperary.

Many Tipp supporters will relish the chance to play the Connacht side who are playing in their sixth semi-final in a row.

There was a belief that Tyrone could have been a tougher nut to crack in the semi-final.

But Liam Kearns and his team will know that it would be foolish to underestimate Mayo.

After losing to Galway in the Connacht semi-final, they have made their way through the qualifiers with efficiency rather than style, getting past Fermanagh, Kildare and Westmeath.

Ulster champions Tyrone was their toughest test to date but they dug deep to overcome the challenge.

A huge point from wing back Lee Keegan (pictured) proved the winning score and Kearns won't need reminding that he will be a player who needs tight marking in the semi-final.

Tyrone had their chances to draw level and force a replay but a missed free late in the game denied them that chance.

Mayo lived dangerously in those closing minutes, overplaying the ball and inviting Tyrone on to them, and that can offer Tipperary some hope.

The semi-final promises to be an open game of football between two attack-minded sides.

Mayo will start favourites but that won't bother Tipperary - they have been underdogs in every game to date.

They are one game away from an All Ireland final and it's not one of the big guns such as Dublin or Kerry who stand in their way.

A day of reckoning awaits on Sunday week.