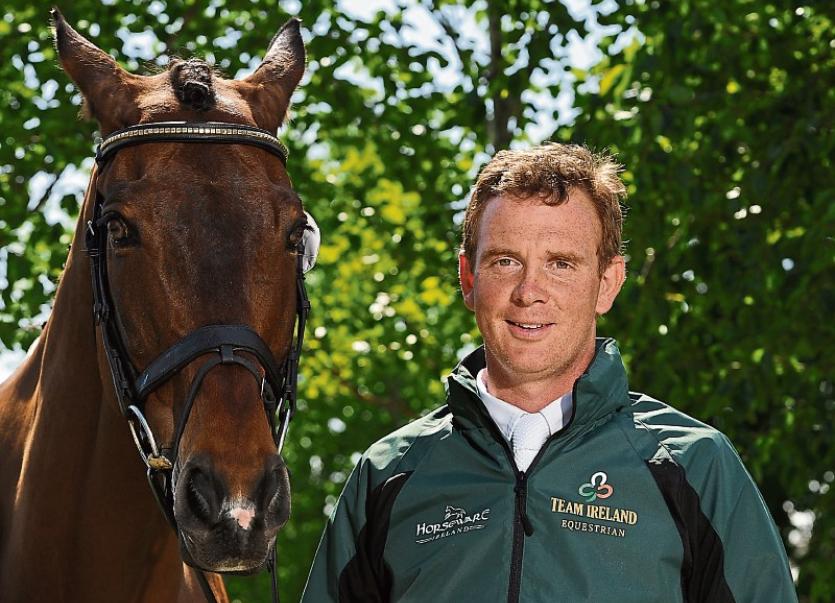 Tipperary's Padraig McCarthy is out of the Olympic Games in Rio after a fall on Monday afternoon in the cross country section of the Three day Eventing.

The fall rules the Grangemockler man out of the rest of the event, which finishes with the showjumping.

McCarthy later told RTE that he was hugely disappointed at the fall and subsequent disqualification.

However he confirmed that both he and his horse were fine after the heavy fall.

While he was disappointment to be first out of contention, especially as the team had performed so well in the opening dressage event, he was confident that the remaining members of the team would continue to perform well at the event.

“It just didn't work out for me and puts a lot of pressure on the rest of the team but they have huge experience and I'm sure they wil make up for my blunder”, he said.

McCarthy said the fall wasn't as bad as it may have looked on television and he didn't require any medical attention after it.

The cross country was a very tough course but that's what you expected in Olympics, he said.

He said he was disappointed to be the first of the Irish team out of the event as a lot of hard work and preparation had gone into getting the team to Rio.