Flying the blue and gold at international festival 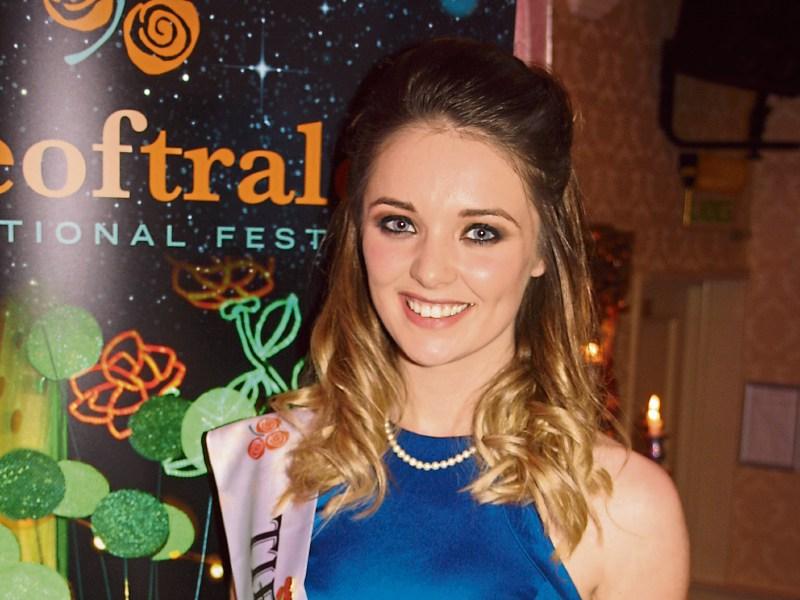 Tipperary Rose Fiona O’Sullivan is rallying her supporters to join her in the Dome on Wednesday next, August 17 at the Rose of Tralee International Festival.

She will be among 65 Roses from all over the world who will be at this year’s extended Festival which will include parades, funfair, circus, 70 hours of free and affordable entertainment, Fashion Show and fireworks displays.

Looking forward to being selected for the televised finals, a hopeful Fiona said - “Where Tipperay leads, Ireland follows”.

Fiona, 22, from Thurles and a part-time presenter with Irish TV, said: “I am so excited to be part of this year’s Rose of Tralee. I have already received tremendous support from all over the county.”

Prior to arriving in Tralee, Fiona will embark on a five day tour taking in some of Ireland’s top tourism landmarks such as Guinness Storehouse, Irish National Stud and Japanese Gardens, The K Club and Kilmainham Gaol.

When the Roses arrive in the Kingdom of Kerry, they will sample some of the most famous scenery and tourist attractions in the world.

The Queensland Rose, Jess Logan and the Washington DC Rose, Sarah Olsen both have ancestral links to County Tipperary.

The format for this year’s Rose of Tralee International Festival has changed to allow every Rose travel to Tralee to enjoy the event in its entirety.

Communications Manager John Drummey, said: “For the past 11 years a qualifying event was staged in the midlands at the end of May at which 32 Roses were selected to appear on TV in August and ultimately get to enjoy all the fun of the Festival.

“The good news is that every Rose who is selected to represent her county/city/state/country will travel to the Festival in Tralee.

“The Roses will still take part in a qualifying process, as RTE can only accommodate 32 Roses on live TV with Dáithí Ó Sé.”

Each Rose who takes part in the qualifying selections, also presented by Dáithí Ó Sé in the Dome, on either August 17th or 18th willl find out on Sunday 21st August if she will be appearing on the televised selections on Monday 22nd or Tuesday 23rd August.

Such is the continued success of the Rose of Tralee on TV, RTÉ are introducing a third Rose of Tralee TV programme from this year onwards - The Road to the Dome will be aired on RTÉ One at 6.30pm on Monday 22nd August.

The Televised Selections will be broadcast as usual at 8pm on Monday 22nd and Tuesday 23rd August on RTÉ One.