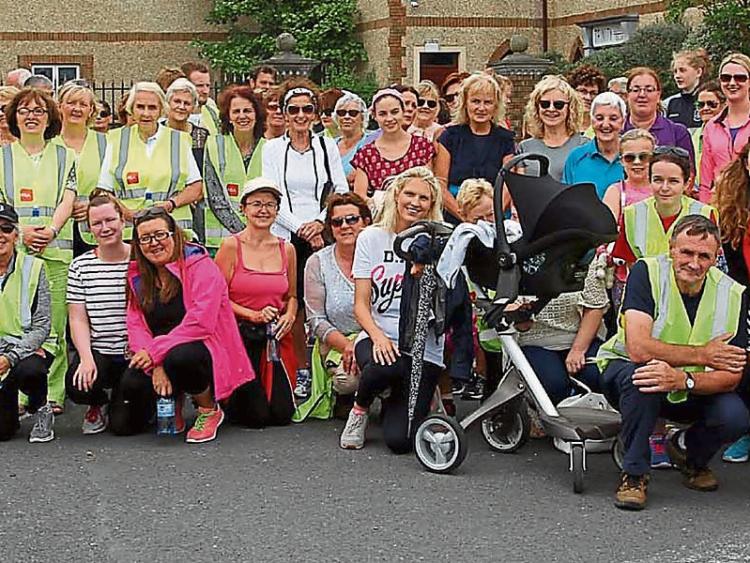 Almost 200 people gathered in Nenagh last Saturday to remember one of the town's best known and best loved teachers, the late Brian McDermott.

Mr McDermott, affectionately known as Mr McD, taught in St Mary's Secondary School up to his untimely death in 2014 at a relatively young age from heart failure.

He was remembered by friends, colleagues, former colleagues and former students on a 6km walk along the town's riverbank which was organised by former student Aisling Horrigan.

Ms Horrigan said the fact that so many people turned up for the inaugural Walk with me and Remember McD, showed the respect and influence Brian McDermott had had on all those whom he had met.

“Our lives were truly enriched by Mr McD’s kind and gentle presence, and he will live on in our hearts forever,” she said.

Aisling used the walk to raise awareness of heart disease and, while there was no registration fee for the walk, those taking part were asked to give a donation to the Irish Heart Foundation.

She revealed this Monday that, so far, more than €1,500 had been raised for the charity, with donations still coming in.

She paid tribute to the foundation and the help they gave her organising the walk, and to Paddy Seymour of Nenagh Walking Club who led the walk.

Ms Horrigan also thanked all those who had donated prizes for the raffle or who helped in any way.

She also thanked her family and friends for their patience and help over the past couple of weeks, saying: “I couldn’t have done it without you.”