Outrage over mindless spate of dumping 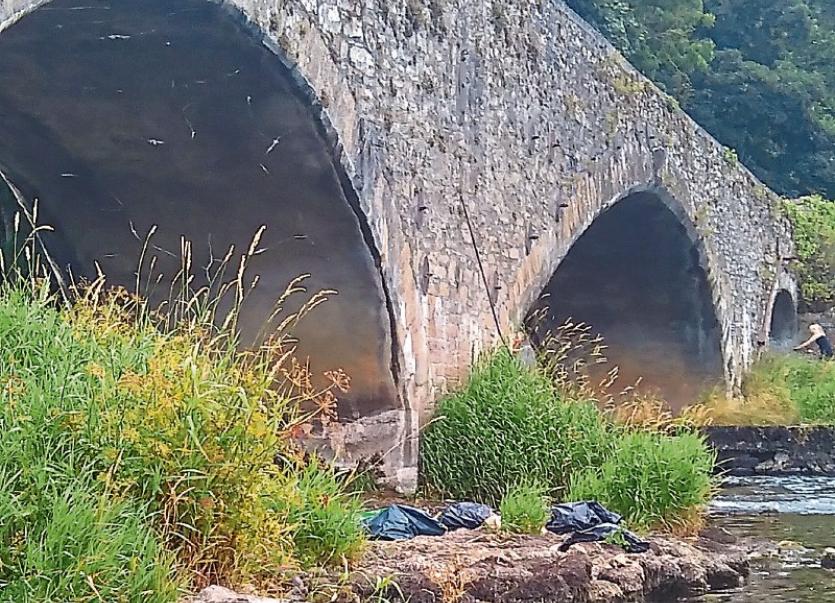 A spate of indiscriminate dumping in scenic locations around Clonmel has been condemned.

The black refuse bags, lying on a mound of st ones in low water, were on full view to walkers and cyclists on Saturday morning.

The items were dumped into the River Suir where a new €1.9m Greenway is being provided by Tipperary County Council.

“It is mindless selfish vandalism.these people have no respect for the environment or the people who live in the community” said Frank O'Donoghue, Clonmel Tidy Towns.

He appealed to those engaged in the dumping of litter to desist.

“The amount of indiscriminate dumping is increasing all of the time. People are horrified at the rate it is going on,” said the Tidy Towns leader.

Dumping of matresses,obsolete televisions and computers, fridges, washing machines and rotten sofas is a regular occurrence at popular walking areas such as Canon Hill, Wood Road and the lay by area above the Golf Club in Clonmel.

He believed the spiralling cost of refuse charges was a contributing factor to the escalation of the practice.

“I would urge people, before they take the option of dumping, to approach the local authorities to see if arrangements could be made to avoid dumping in our environment” he said.

Liz O’Brien , a resident of the Kilgainey area, said locals were horrified to discover the dumping that took place at the bridge on Friday night/ Saturday morning.

“It was disgusting. People walking by the river on the path over the weekend were very upset to see it” she said.

She appealed to both Tipperary and Waterford County Council to consider locating CCTV cameras to combat the level of indiscriminate dumping in the area.

“Something has to be done to stop these people.they are destroying it for everybody else” sh esaid.

She said a neighbour of hers had spent a lot of time creating a small g a rden near the bridge which looks well when the river is low.

“He has put an awful olot of work into improving the area and now something awful like this happens” she said.

Liz O’Brien said the dumping of amounts of household waste was a regular occurrence in the Colville Road and Kilgainey area.

“They drive down the road and there is a cul-de-sac after the old Ronans factory and they just dump everything in there.Why are they allowed get away with this type of behaviour?” she asked.

See pictures of the dumping on Page 3.