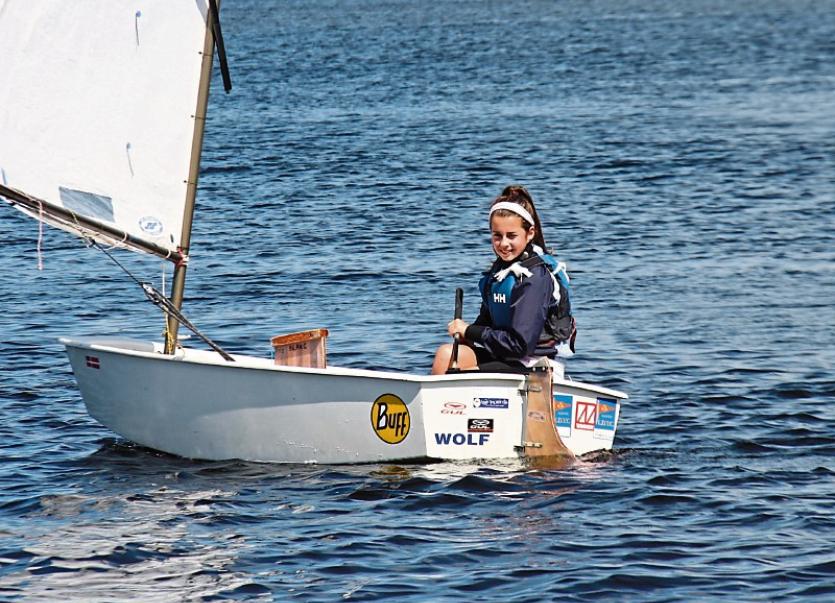 Lough Derg Yacht Club in Dromineer was buzzing with excitement this Tuesday as club member Annalise Murphy made her bid for Olympic glory in Rio.

The 26-year-old sailor is a member of the club along with her mother, Cathy, and father, Con. Cathy (McAleavey) sailed for Ireland in the Seoul Olympics and Con was race officer at last year's Lough Derg regatta and again when the club hosted the World Mirrors Championsips in 2014. Annalise's mother has a Shanon One Design that she sails out of the Tipperary club.

“We are very proud of Annalise,” LDYC commodore David Meredith told the Tipperary Star after Annalise's silver medal heroics. “We had the TV up and the place went wild when she finished.”

David said that the Murphys were regular visitors to Dromineer and were down earlier this year.

“Lough Derg Yacht Club has produced national and international champions in all the dinghy classes,” said David. “For a small part of the world, we have held up our side.”

The latest champion attached to LDYC is Jack Fahy, who won the Topper nationals earlier this summer, and took sixth in the worlds in Northern Ireland.

“Hopefully, Annalise's win will encourage more people to get involved insailing,” said David, pointing out that the club runs a very sucessful schools sailing programme that was started by former commodore Liam Maloney. They are now starting up an adults ailing scheme aimed at encouraging local companies to come along and try their hand on the water.

The club is hosting the National and Open Optimist Championships this week, the type of dinghy that Annalise Murphy started her sailing career in. The boat is a safe way to introduce young children into the sport and is ideally suited to seven to 15 year olds. Over 200 boats are taking part in the event, with crews from throughout Ireland as well as 10 overseas teams.

Meanwhile, the club was also marking its link to Waterford athlete Thomas Barr's bid for gold in this Thursday's 400m hurdles. It is the first time since 1932 that Ireland has had a finalist in the discipline when local man Bob Tisdall took gold. Bob was also a member at LDYC, sailing a Shannon One Design and in 2000 carried the Olympic flame across the Sydney Harbour Bridge on its final leg when he was 93 years old. He died in 2004.