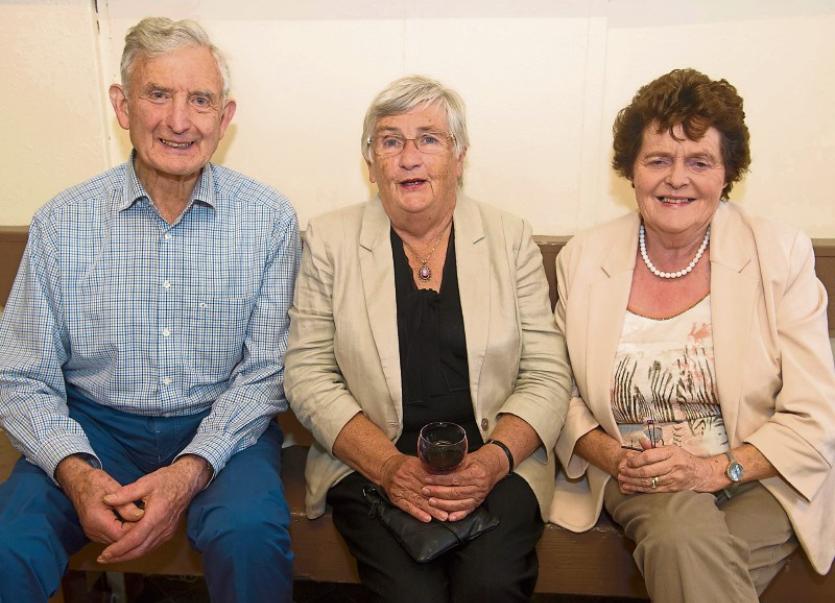 Glowing tributes were paid to the late teacher and patriot Liam O'Duibhir at this year's Kickham Country Weekend 2016, which opened on Friday in the Knocknagow Community Centre, Mullinahone.

An accomplished author, teacher and historian, Mr Maher has written two plays ‘as Gaeilge’ for children and has been a strong advocate for Gaelic Games and athletics in his native Kilkenny.

His first book, which he introduced on Friday evening, is ‘The Flying Column-West Kilkenny, 1916-1921’, his second book is ‘Harry Boland, a Biography’, which he followed with ‘The Oath is Dead and Gone’. Mr Maher said it was an honour for him to open the weekend in this year of special commemorations for 1916.

Mr Maher told guests that there were many similarities between Charles J. Kickham and the revolutionary Pádraig Pearse. “Both believed that Ireland should break completely, the connection with England,” said Mr Maher. Both men were authors and poets, while Pearse made reference to Kickham’s career in his famous graveside oration at the funeral of O’Donovan Rossa in 1915. “That shows the influence that Kickham and the Fenians had, on the people of 1916,” said Mr Maher.

Another patriot and Gaeilgeoir, the late teacher Liam O’Duibhir, was also fondly remembered at the opening ceremony by his long time friend Mr Willie Nolan. A stalwart supporter of the Kickham Country Weekend, Mr O’Duibhir (1933-2016) was a teacher in Rockwell College, who served his family and community “with a purity of purpose and a generosity of spirit unparallelled in our time. “He was an eternal presence at the Kickham Country Weekend, speaking, chairing and questioning. He was very supportive of Síle Foley, and all the people who gave their time over the years to keep this event going.”

Mr Nolan added: “He was always at our shoulder, and he hated pretentiousness. He hated sham patriots. He had an integrity and honesty, which I have never seen matched.”

The lack of interest in cultural history, appeared to Mr O’Duibhir as evidence of a “new coarseness in Irish life.” “Here in Mullinahone, he was part of a network of inspiration. He engaged with people, and his major topic of conversation was history and hurling.”

Mr O’Duibhir’s greatest sadness was the bitterness engendered by the Civil War. He will always be remembered too, for the help he gave Marcus Bourke and Eddie Dalton to record the tragic case of Harry Gleeson, executed in 1943 for a murder he didn’t commit. “Liam would have been delighted to have seen him get a posthumous pardon,” added Mr Nolan.