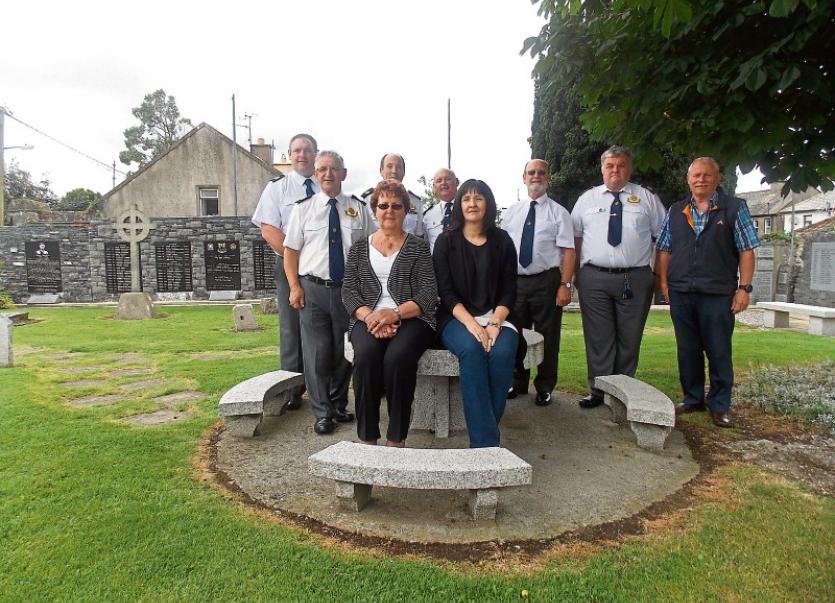 Some of the Branch members were down for the 1916 - 2016 Easter Ceremonies but did not have much time to look around the memorial garden. They said they would come back another day to get the full tour of the garden of remembrance.

John Wort welcomed the members, with some of their wives, to St Mary's International Garden of Remembrance, the only one of its kind in Ireland. The tour started at the first memorial to be erected - that was to all the Thurles men that died in the 1914 - 1918 War and finished at the 1916 - 2016 Easter Sunday memorial to all the Men, Women, Children Irish and British Soldieds who died in 1916 Easter Rising.

They were very impressed with the Garden and said that they have plans to do somthing similar but it will be very hard to do so because of the area and the history attached to St Mary's Cemetery. Mr John Roche said that it must give great satisfaction that an idea dreamed up by John Wort back in 1998 has come to fruition and fulfillment and to commmemorate so many historical events that effected so many peoples lives both at home and abroad, nationally and Internationlly.

The branch had a great day out and the ladies also enjoyed it. John Wort Durlas Eile Eliogarty Memorial Committee.