If Tipp can produce their best form on the day then another shock is possible!

Mayo are the hottest of favourites but Tipperary are not without hope... 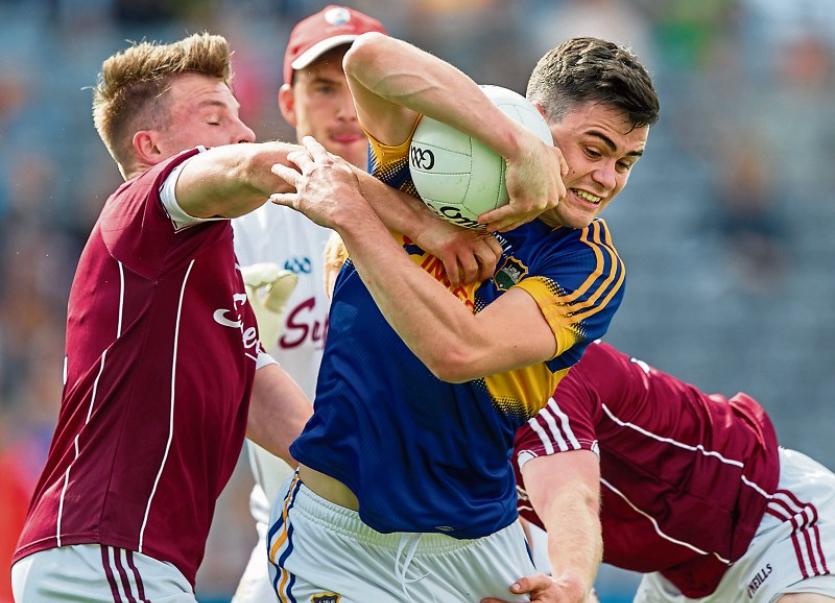 When this year’s football championship began for Tipperary on 29th May last in Dungarvan no one in the world could have predicted Tipp would be still involved at the semi-finals stages on Sunday next, 21st August.

So far throughout this campaign the county’s footballers have defied all expectations and predictions that, even at this late stage of the year, who is to say they cannot once again upset the odds when they come up against Mayo at Croke Park on Sunday next.

In his first year at the helm of the county’s football fortunes, manager Liam Kearns has steered his side through some stormy waters to an historic first All-Ireland semi-final place since 1935.

A tricky opening day assignment in Fraher Field against Waterford was successfully negotiated. This was followed by a first championship win in 72 years against Cork, when Tipp rallied late to regain the initiative when on another day they might have accepted yet another glorious defeat.

A 10-points loss in Killarney in the Munster final against a star-studded Kerry side proved disappointing for the Premier County. However, they quickly regrouped, licked their wounds, and produced a battling display in Cavan to overcome Derry and book a place in the last eight for the first time since the Back Door system was initiated in 2001.

Not satisfied with achieving that milestone, the Premier County produced a truly outstanding performance in Croke Park two weeks ago against Galway, the champions of Connacht, to deservedly earn a place in the last four for the first time in 81 years.

What an unexpected adventure this has been for the Tipperary football team and their supporters. Yes, we have experienced some great days in recent years at both minor and under 21 level, but this progress at senior level surpasses all and raises the bar for future Tipperary teams to match.

In this year alone, the Cork hoodoo has been banished, the last eight barrier has been broken through, and the team of 1935, as Tipp’s last ever semi-finalists, can now be assigned to their rightful place in the history books.

This present crop of players has delivered in terms of achievement - maybe not in terms of promotion or silverware, but certainly in standards and in levels of performances. By year’s end surely these achievements will be recognised by all, including the many who up to this juncture have failed to recognise Tipp’s slow-growing potential and progress over the last six to seven years.

And so to Sunday next in Croke Park and the hope of prolonging the possibility of a Tipperary senior hurling and senior football double following Michael Ryan’s hurlers narrow victory over Galway on Sunday last.

Obviously as the football championship nears its conclusion, only the very best are left standing at the penultimate stage. Tipperary’s opponents on Sunday next, Mayo, are right up there, if not in terms of All-Ireland titles won, certainly in terms of quality and experience. Sunday next will be the Connacht side’s sixth consecutive All-Ireland semi-final appearance having completed a five-in-a-row of provincial wins up to this year. This star-studded side contains no less than seven All-Stars from recent years - Andy Moran, Keith Higgins, Alan Dillon, Lee Keegan, Colm Boyle, Aidan O’Shea and Cillian O’Connor. Not forgetting, twice ‘Young Footballer of the Year’ Diarmuid O’Connor. There is talent and experience in abundance in Stephen Rochford’s side.

Mayo contested both the 2012 and 2013 All-Ireland finals, losing to Donegal and Dublin respectively, and lost out in the semi-finals in the past two years, after replays, against Kerry and Dublin - they have come agonisingly close to the holy grail of Sam Maguire on so many occasions since they last won the All-Ireland way back in 1951.

Mayo, at 1/5 with the bookmakers, will provide Tipperary with their biggest challenge to date this year.

“As far as we are concerned it is probably fair comment to say that Mayo will likely sail into the All-Ireland Final. We are a Division 3 team and have come from nowhere to be in the semi-final. But, it was the same for us against Cork, Derry and Galway. We were underdogs in all of those games but we are happy enough with that. We don’t see any problem with that at all.

“We are not confident of winning. We are confident that we can perform and that we are an improving team and we’ll find out if we are good enough on Sunday. Our mantra all year has been to produce our best performance and if we do that against Mayo on Sunday, we’ll be very happy. Whether that will be good enough to win, we’ll see,” the Kerryman said.

Tipp have been very settled in terms of personnel all year and amazingly for the last four championship games have started with the same 15 players - from Evan Comerford to Conor Sweeney. It is unlikely to change on Sunday next, although both Ian Fahey and Shane O’Connell are again available following injury.

What Tipp will have to produce on Sunday is their best performance ever to try and match Mayo. Team captain Peter Acheson has been consistenly exemplary around the middle all year, grabbing games by the proverbial scruff of the neck on occasion. The forward line, especially Michael Quinlivan and Conor Sweeney have found their scoring boots at the right time, while the defence with an ever-available attacking half-back option, has been the catalyst of so much of Tipp’s positive play over the five-game campaign.

Tipp are up against it definitely on Sunday against a top tier side in Mayo but we have been all year long also. Let the dream continue!