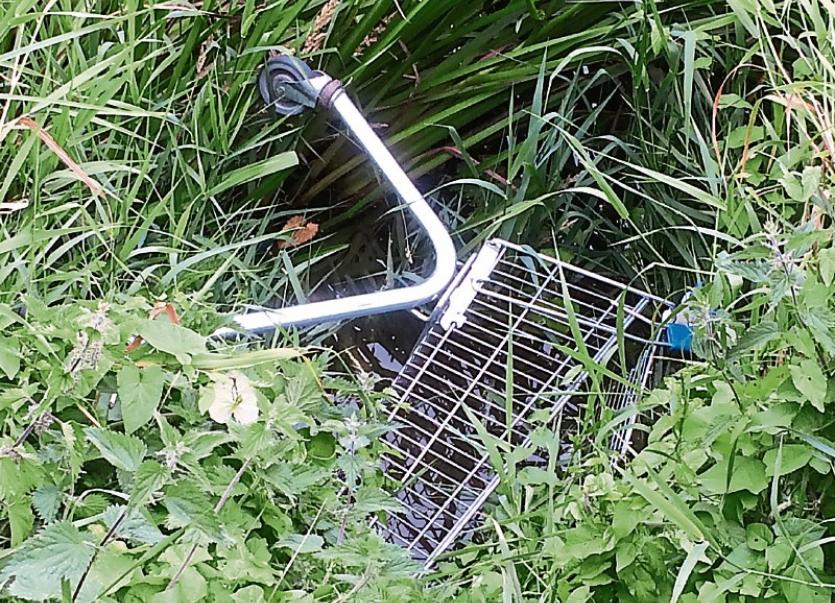 Anti-social behaviour is turning what should be one of the best amenities in Thurles town into a nightmare walk of shame.

With summer at its height and lots of wildlife to enjoy along the Riverside Walk that goes from Emmett Street past Dunnes Stores, strollers enjoying what ever good weather comes have had to face a barrage of people drinking, discarded beer bottles and cans and rubbish thrown into the River Suir.

This Tuesday morning, the area behind the curved seat in the new town park was littered with bottles and cans. The Tipperary Star witnessed a gang of men drinking there on Monday lunchtime and at the same spot last week. The men were also on the riverside walk last week, with one of them emerging from the bushes with a bottle to hand, probably having answered the call of nature.

And this Monday, there were soiled nappies on the wall, again on the river side just beyond the bridge to the new park. They had obviously come from a black bag that was also on the wall and which had either been left untied or ripped open by the crows.

The local council staff do a great job with the rubbish being removed on a daily basis, and it is believed the council may be looking at one big clean-up along the river and its banks.

But one has to ask why the council has to spend funds cleaning up other people's rubbish. Money that could be spent providing other amenities in the town.

Thurles councillor David Doran told the Tipperary Star that, while the Gardai had responded in the past to anti-social behaviour, they were under resourced.

He believed CCTV needed to be installed to deter illegal dumping and public drinking.

However, it is understood that there may be a child protection issue placing it near the bridge to the town park.