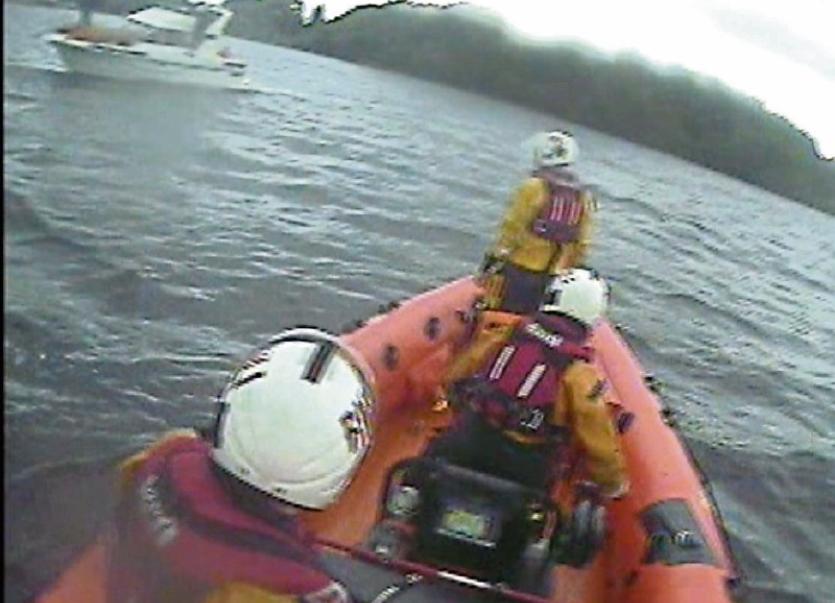 At 3.30pm on Saturday, August 20, Lough Derg RNLI Lifeboat was requested to launch by Valentia Coast Guard, following a report from people on shore at Mountshannon, that people were seen waving a distress signal on a cruiser outside the bay.

The lifeboat launched at 3.45pm with helm Eleanor Hooker, Peter Clarke and Owen Cavanagh on board. Winds was westerly, Force 5/6 gusting 7. Visibility was good.

The lifeboat located the vessel in Mountshannon Bay at 4pm. All nine people on board were safe and unharmed and wearing their lifejackets.

They had dropped anchor to prevent being pushed onto nearby rocks.

An RNLI volunteer lifeboat crew was transferred to the casualty vessel where he reassured everyone, and then set up a bridle and tow.

The lifeboat took the tow and went ahead of the cruiser to assist the RNLI volunteer weigh anchor, which had dug in and was holding fast.

The lifeboat towed the cruiser to Mountshannon Harbour where she was tied safely alongside at 4.30pm. The Lifeboat returned to station and was ready for service again at 5pm.

Pat Lynch, deputy launching authority at Lough Derg RNLI Lifeboat advises boat users to “to check weather forecast before going afloat, make sure your boat is serviced and to carry a means of communication”.