Annual jamboree of music, frolics, & events for every age group 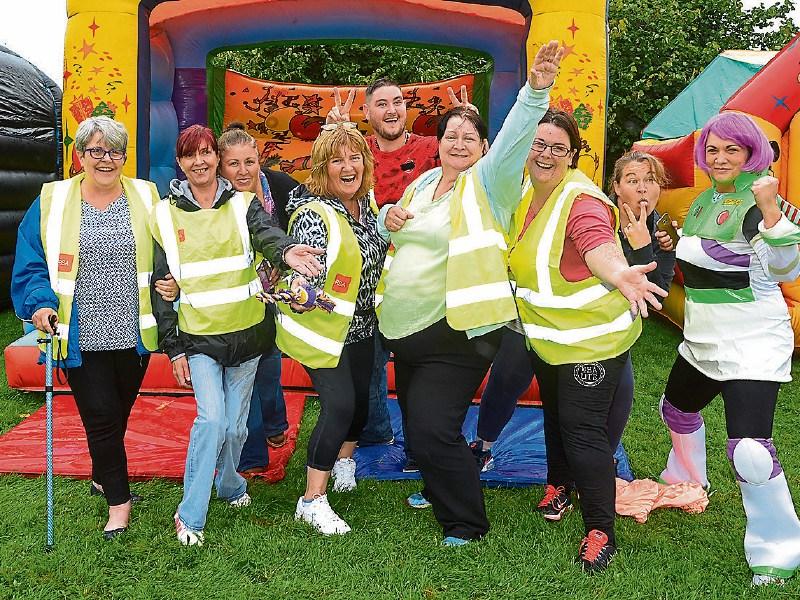 The weather wasn't kind and rain came down but we said we couldn't cancel as it was a long time in the planning.

The committee and the residents did as much as possible to try and make the fun and even though the turnout wasn't as good as other years we would like to thank the people that turned out, it was very much appreciated.

We kicked off with a Dog show and we're sure everyone was delighted to parade their pets in style, all washed, groomed and looking lovely . We'd like to thank the RSPCA for the work that went into this and hope to make it an annual event.

There was a kissing booth which Alan Shovelar and Mike Edwards kindly gave their lips to, and a photo Booth: the money raised here is being donated to Roscrea Hospice and Anthony Bourke who works tirelessly to raise money for this great cause.

We had live music from Reunion Simon and Jason Simmons Michael Hutchinson and Paudie Brouke. Thanks lads for your support.

The tea tent was a great success with thanks to Ursula and Michael Moloney, St Vincent De Paul, Paula and Alan Moloney Marcella Nolan and Ray McMahon.

The tent was provided by the Sixth Tipperary Scouts with a huge thanks to James Marks and Ger P O'Meara, also thanks to Jacinta Graham for the use of a tent as well.

David Mitchell and 'Bouncy About' provided the water slide, the disco dome and the Bouncy castles.

Thanks to Noel O'Lone, Michael Fletcher (Roscrea Youth Club) PJ Wright, James Williams, and Sean Hogan for their photos and support and help on the day, Martin and Caroline Phelan for the use of their lorry and Regina Simmons Martin and Geraldine Delaney and Patrick Delaney for the use of the power and water from their homes.

To Paul Walsh, Andrew Cussen, Brigid Feehan, Drennans Butchers for the lovely food and BBQ on the day. Thanks too to Anita Roache for the buns and treats also, Tom and Margaret Nash for the prizes of a Go Kart and a container of Chewing Gums that was raffled. You always have our backs!

Lua and Teresa Ryan who never let us down - thank you again for your support.

We think that even though “Mr Sun” never made an appearance the day went well.

We would also like to thank the stall holders for their support they could have stayed at home but gave us a chance anyway. To everyone on the committee: you worked hard this Summer with three trips away for the residents and children from the estate and beyond and for their continued hard work and dedication.

Let's hope the rest of the year is as kind to us with our Halloween and Christmas events next in the pipeline, but before this, mark the date for our Fun Day next year as Sunday, July 2nd. Let's make next year even better.