Thanks to Tipperary footballers for a summer in the sun 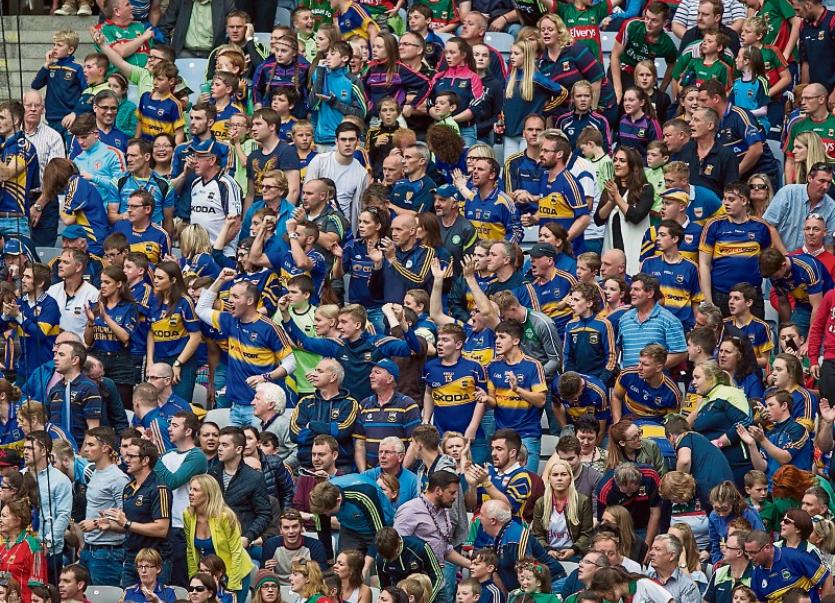 Shortly before 5 o’clock on Sunday last at Croke Park the county footballers’ season in the sun came to a shuddering stop. It had been good while it lasted all summer long, alas finally it had come to an end.

On the long journey home - aren’t return trips always longer after a loss - a connection of sorts with the last Tipperary senior football team to reach this stage of the competition came to mind.

It’s over 25 years now since I met, by chance, the late Jim Williams, goalkeeper on that 1935 team, over a quiet midweek pint. And as ever, with Jim, talk soon turned to football, teams present and teams past.

He regaled me with an anecdote about the 1935 semi-final in Croke Park which Tipp lost agonisingly to a last-minute goal. A long-range free for Cavan had Jim in the back of the net ever before the football arrived. As photos of that team show, Jim was only a boy, baby-faced almost, but big and strong.

“Old hand,” he said, as he sometimes addressed a friend and words to the effect - “I remember it well even to this day. As a young man in my early twenties, marching behind the band in the pre-match parade, looking into the huge crowd cheering wildly for us. I thought to myself this is wonderful. I am going to be back to savour this again and again.”

And then he paused, took a sip of his pint, gently squeezed my forearm - and I could see why he was such a renowned goalkeeper for Clonmel Shamrocks and later Clonmel Commercials.

“But I never ever got back ,” he said regretfully.

And his little story that Wednesday evening in John Allen’s pub in Irishtown after ‘The Nationalist’ had been put to bed on the printing press, placed into perspective what this year’s Tipperary footballers have achieved in this marvellous year.

Fair enough they didn’t win any All-Ireland, Munster title or even achieve promotion from Division 3, but what they did do was put honour back into wearing the county jersey, they further promoted pride in Tipperary football, they encouraged huge support to get behind them and also played an attractive brand of football, helping to try and return the game to what it should be - football.

Defeat was expected at some stage for these brave footballers, many expert pundits had been predicting it weeks, even months, earlier. But heroically this Tipp Band of Brothers kept it at bay until the All-Ireland semi-final against a highly-rated star-studded Mayo.

And when defeat did ultimately come, it somehow didn’t seem as hard to stomach as a hurling final letdown. One knew deep down that it was probably inevitable, so new were these lads to the higher echelons of the game. But, as if like a son or daughter home for a summer holiday from abroad it was good while they were around but one knew at the end of the holiday they would be returning to a far and distant land again.

There will be plenty of time soon again to start planning for next year and manager Liam Kearns even alluded to it in his post-match comments in Croke Park on Sunday, saying they “would have to sit down with the Football Board and the County Board to discuss it - there are loads of things that I could say here, but this is not the forum for it.”

And that may well be. How to bring on development panels: how to get players who otherwise didn’t line-out for Tipp football this year or opted to try and play hurling instead; how to try and avoid losing some of our best during the summer to the USA; how to attract back players that opted out at the end of last year, etc.

But all for another day.

For now let the county give credit to this year’s football team who deservedly received a standing ovation and a prolonged round of applause as they departed Croke Park on Sunday last, defeated but unbowed.

Over the summer, from May to late August, they had given the whole county a huge lift. They had achieved what county teams and many outstanding footballers among them down the generations had failed to accomplish, get to an All-Ireland semi-final.

Let us seize the moment for NOW, enjoy the achievement of what has been accomplished NOW, this year. It might happen again soon or it mightn’t. As the late Jim Williams told me that evening “I never ever got back.”