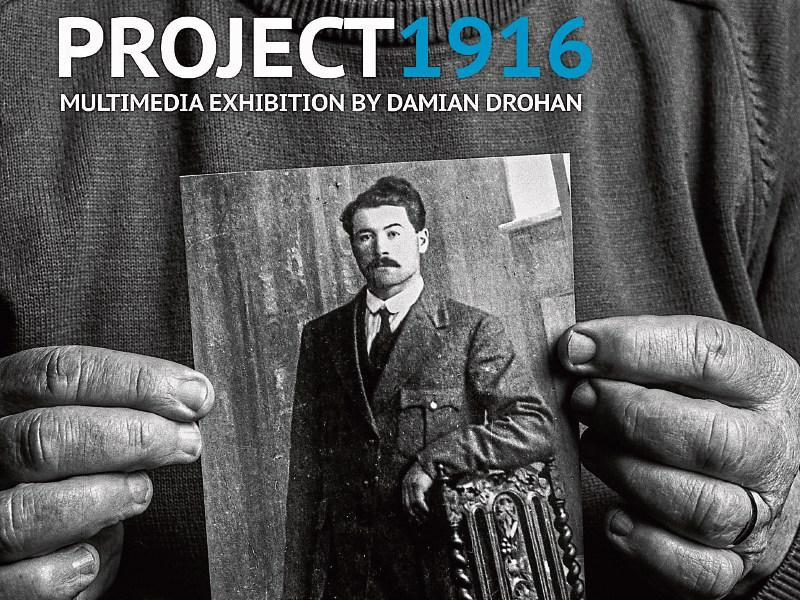 A highly regarded visual storyteller has over the past few months made intimate portraits of 18 descendants of Tipperary Volunteers from the 1916 period and will showcase them at the Main Guard in Clonmel from
August 26 to September 27.

Damian Drohan, who hails from Carrick-on-Suir, will open his exhibition ‘Project 1916’ on this coming Friday at 7 pm. The exhibition is a multifaceted visual documentary project, which considers memory of the 1916 Rising through the memories of descendants of those who mobilised in Tipperary. Many of the participants have shared what memories and stories they have, particularly of the 43 Clonmel Volunteers from the 1916 Rising.

The multimedia segment comprises short audio pieces, which gave a flavour of the fuller interviews. The entire project can be viewed on the website Project1916.com

The exhibition seeks to provide the viewer with an engaging experience and to invite repeated visits to the project website where the stories can be digested at a relaxed pace.

Originally from Carrick-on-Suir, Damian now lives in Cobh, County Cork. He graduated with an MA in Documentary photography from the London College of Communication in 2010.

A visual storyteller, Damian used photography, film, audio and text to tell the stories of people, communities and places. His work has been published on the BBC, the Irish Times, Sunday Times Culture and elsewhere. He has taught photography, multimedia and audio editing at various colleges since 2004.

Visitors to the website can hear the participants recount their memories of the volunteers. The site also contains e-books created from the period and autograph books of volunteers. The books were kept and compiled in many instances during incarceration.

The exhibition opens on this Friday at 7pm at the Main Guard, Clonmel and will run until 27th September.

The project was funded by Tipperary County Council, The Heritage Council of Ireland and the Ireland 2016 Centenary Programme.