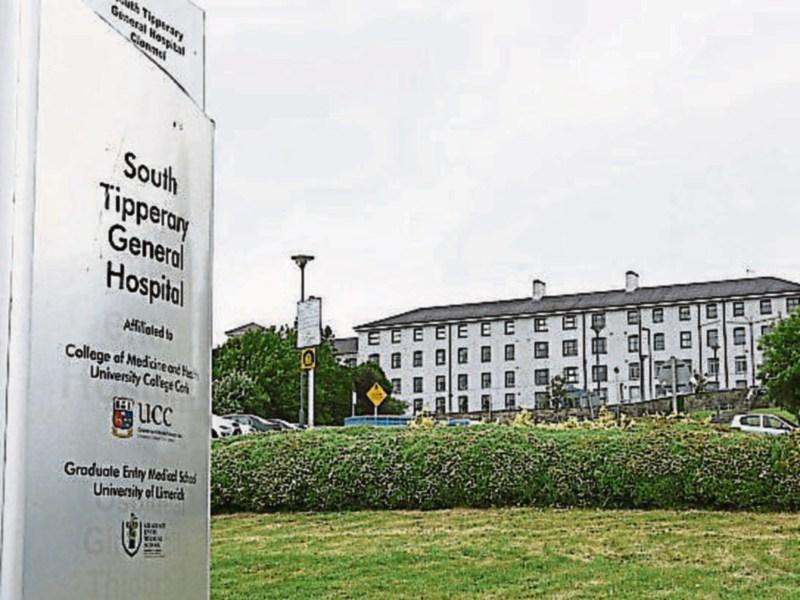 A hospital consultant has expressed confidence that a new 40 bed modular unit will be in place at an overcrowded South Tipperary General Hospital before the surge in demand for beds during the winter months kicks in.

Professor Paud O’Regan said a planning and procurement process for the new unit had started and he expected it to be in place for the winter months.

The modular unit proposal was supported by Professor O’Regan and Consultant Surgeon Peter Murchan at a meeting with the Minister for Health Simon Harris in June.The meeting was arranged by Deputy Michael Lowry and took place in the wake of a Dail debate on the overcrowding at the hospital and the release of a critical HIQA report. The Dail was told that the hospital was “bursting at the seams” due to a chronic shortfall of resources, understaffing and years of underfunding.

Professor O’Regan said that Minister Harris had given the modular forty bed unit his backing and in the period of six weeks he has witnessed a level of engagement from the HSE and the Department of Health that had not been seen for “many,many years”

He said the intervention of Deputy Lowry was instrumental in setting in train the progress made on providing a solution to the overcrowding problem at the hospital.

Over the summer months South Tipperary General Hospital has been regularly at the top of the national trolley watch figures highlighting the need for the new unit.

Opposition TD’s Seamus Healy, chairman of the Hospital Action Committee and Deputy McGrath said the visit was a long time away and that action needed to be taken prior to then on providing the new forty bed unit to ensure it was delivered before winter.

Deputy Michael Lowry said he did not care if Minister Harris never visited the hospital as long as the project was delivered in time to accommodate the winter demand for beds and he was confident that Minister Harris and the HSE would deliver in time.

Professor O’Regan said Minister Harris was enthusiastic about the project and establishing it as a pilot project.

“There is a ten week planning process about to start as is the procurement process and we are expecting it to be in place by the end of October/early November before the winter demand peaks,” said Professor O’Regan.

Professor O’Regan said the hospital had suffered “appalling neglect” over the years.Half of the hospital is twenty years behind where it should be .At last the Minister and the HSE are now engaged with the problem”

Professor O’Regan said it was almost impossible to sustain the delivery of quality services given the extent of the understaffing and underfunding that had built up over the years.

“These relief beds will be put in place before the worst of the winter comes.At all staff levels it would have been extraordinarly difficult to go through another winter looking at the indignity and suffering of patients in such conditions.” he said.

Deputy Michael Lowry said Minister Harris had agreed in principle to the modular unit and significant progress had been made on the project since the meeting he set up between the Health Minister and hospital consultants.

Deputy Lowry said the procurement process would commence immediately and that the HSE had already received expressions of interest. Meetings had taken place between the HSE and planners and while a ten week planning application process could be involved he was confident that the planning of the project could be expedited and HSE and planners were looking at such an option.

Deputy Lowry said the HSE had confirmed that the unit is on the way and he was confident it would be in place before the winter months.

He also welcomed a decision by the HSE to immediately recruit ten nurses and an additional twelve health care assistants at the hospital to alleviate pressure on staff at the hospital.

Deputy Lowry said those jobs were in addition to whatever jobs would be created by the arrival of the forty bed modular unit.

“I welcome that this project has been cleared and that everybody is working towards ensuring this is in place for the winter months when demand for beds intensifies,” he said.

Deputy Lowry said the situation at South Tipperary General Hospital had reached crisis point because the staffing and funding problems at the hospital had been ignored and evaded for years.

He said the modular unit represented the short term solution and he hoped that Minister Harris when he does visit in October would announce that the hospital would be included in the Capital Works Programme in the programme for government after a review had taken place to examine why it had been excluded from the programme.

Deputy Seamus Healy said he welcomed the decision of the Minister for Health to visit the hospital on October 1st.He was disappointed it was not at an earlier date.

""We have had between twenty and thirty people on trolleys in Clonmel every day of the summer which is very unusual in a normally quiet period and on some days we have had the highest numbers in the county on trolleys..The hospital just cannot cope with the demand at the moment.What will happen in the winter if this new modular unit is not in place is unthinkable," he said.

He insisted that work on the modular unit has to start before October Ist.He would be surprised if planning permission was not required.

Deputy Healy said the beds should be put in place before October Ist if possible to alleviate the strain on staff and ensure more beds were in place before the demand increases.

Deputy Mattie McGrath said he had brought the modular unit concept to the attention of the Taoiseach and the acting Minister for Health as part of discussions prior to the formation of government and raised the issue with Minister Harris on his appointment.

Deputy Mattie McGrath said he was disappointed that the Minister for Health had not visited the hospital by now. He felt October 1st was too far away and he wanted work on the new modular unit to start immediately so that it would be in place before the winter months.

"The hospital is severely short staffed and underfunded.The staff, the patients and their families deserve to have this new modular unit in place before the winter otherwise it will be out of control" said Deputy McGrath.

Deputy McGrath said that the hospital , on three occasions recently had topped the national trolley watch figures in what was traditionally a quiet period of the year.

"It is bedlam at the moment, what is it going to be like in the winter unless this modular unit is in place by then." he said.He asked what progress had been made since the modular unit was proposed and it was his understanding that no planning application had been submitted to the county council for such a unit.

Deputy McGrath said he would prefer if Minister Harris made an unannounced visit to the hospital to witness the chaos at first hand.

"On October Ist all the trolleys will have been moved on , the place will have been painted and everything will look in order.When the last health minister visited the hospital prior to the general election there wasn't a trolley in sight.Minister Harris should arrive without his entourage, without telling anybody to get the real picture of the chaos" stated Deputy McGrath.