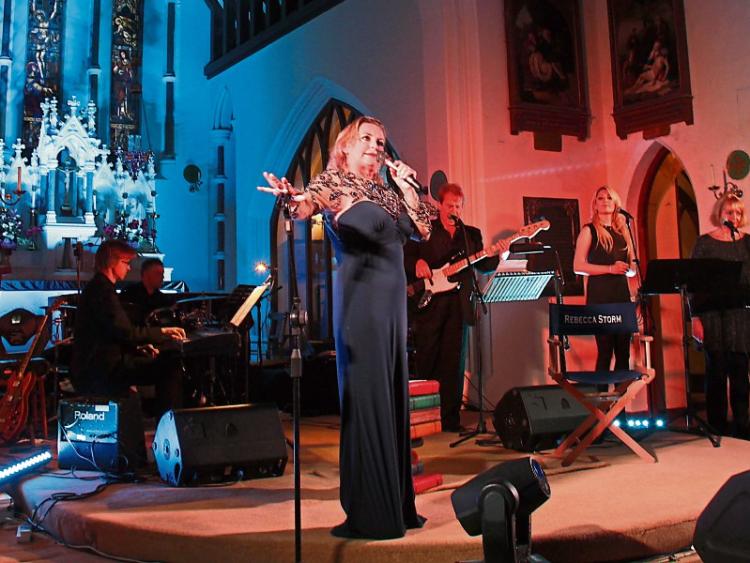 The weather had every chance to turn this year's Terryglass Arts Festival fireworks display into a damp squib as rain lashed the quayside on Saturday night for the annual extravaganza.

However, such is the pulling power of this boutique festival, now in its 18th year, that hundreds turned out to watch the spectacular display over Lough Derg as well as being entertained by Giggles the Clown, MC Today FM's Bob Conway and band One Horse Pony.

Indeed, the rain failed to put any real damper on the event with many braving Sunday's rain and wind to watch the outdoor acts perform in the afternoon.

“All the stallholders turned up on Sunday,” said festival chairperson Emma Pearce. “It was really only after magician Jack Wise's first show and people gathered around him that you could see there was a nice crowd out for the afternoon.”

And Jack didn't disappoint with his magic, comedy and sword swallowing exploits - downing a 24-inch blade to the awe of the audience.

The festival didn't have to cancel any event due to the weather, and even the cruises on the K-EE-2 went ahead on a rather choppy lake.

“The festival went well. It was a success,” she said.

The highlight for many was the gig by songstress supreme Rebecca Storm who lived up to her name in her headlining show in the local church on Friday night.

Rebecca churned out hit after hit from the musicals with her four-piece band and two backing singers, one of whom was Mary Lowe from The Vards.

Also among the highlights was the performance on Thursday night in front of a capacity crowd in the village hall of Charolais, Noni Stapleton's one-woman show dealing with love, loss and the “udder woman”, that woman being a Charolais cow.

This year's festival was officially opened by Therry Rudin, curator of the Damer Gallery in Roscrea.

Ms Rudin, who is originally from Switzerland, said Terryglass and its surrounding area “held something very deep inside for me”.

The opening address was by Cllr Siobhan Ambose, Cathaoirleach of Tipperary County Council.

“It is phenomenal for any event to keep going for 18 years. I ask people to continue to get behind this festival,” she said.

Cllr Ambrose said no event such as Terryglass “just happens” and praised chairperson Emma Pearce and her committee.

She also said the council was delighted to be a main sponsor as it couldsee the social and economic benefit of the event with 10,00 people visiting the village over the five-day festival last year.

“Nobody should underestimate the social and economic value it brings to the village,” said Cllr Ambrose.

She also praised county arts officer Melanie Scott, describing her as a “wonderful ambassador” for the council.