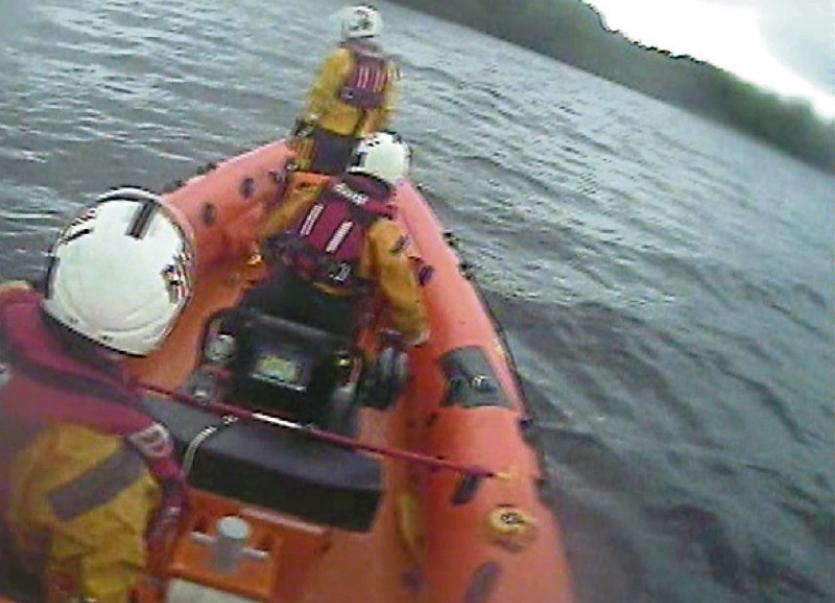 Lough Derg RNLI Lifeboat was requested to launch by Valentia Coast Guardshortly after 5am this Thursday morning, following a report to Nenagh Gardaí of calls for help heard coming in off the lake, that woke sailors camping at Lough Derg Yacht Club.

As volunteer crew assembled, they were informed by Gardaí, who were at the lifeboat station, that a cruiser was seen to leave the public harbour close to the time the calls for help were heard.

The lifeboat launched at 5.18am with helm Eleanor Hooker, Ger Egan and Owen Cavanagh on board. Winds were light, southeasterly. Visibility was poor with fog and it just before dawn.

The Irish Coast Guard Search and Rescue Helicopter team based at Shannon, were on standby should they be required.

The lifeboat set a route south, in the direction from which the calls were heard, and using a search light quickly located a cruiser at anchor close to the navigation channel, south of the Corrakeen Islands, outside Dromineer Bay.

The lifeboat crew roused the passengers on board and made them check that everyone was accounted for on board. The passengers said they may have been making some noise as they left the harbour earlier, and would be continuing their passage south at daybreak.

The lifeboat reported their findings to Valentia Coast Guard, and, advised that the cruiser’s companion boat was moored in Dromineer Harbour, would check that they had no difficulties.

Once it was established neither vessel was missing a passenger, the lifeboat returned to station.

Brian Hanly, deputy launching authority at Lough Derg RNLI lifeboat, advised boat users to “respect the water, enjoy the lake, but ensure one person remains fully in command of your boat at all times”.

The lifeboat returned to station and was ready for service again at 6.10am