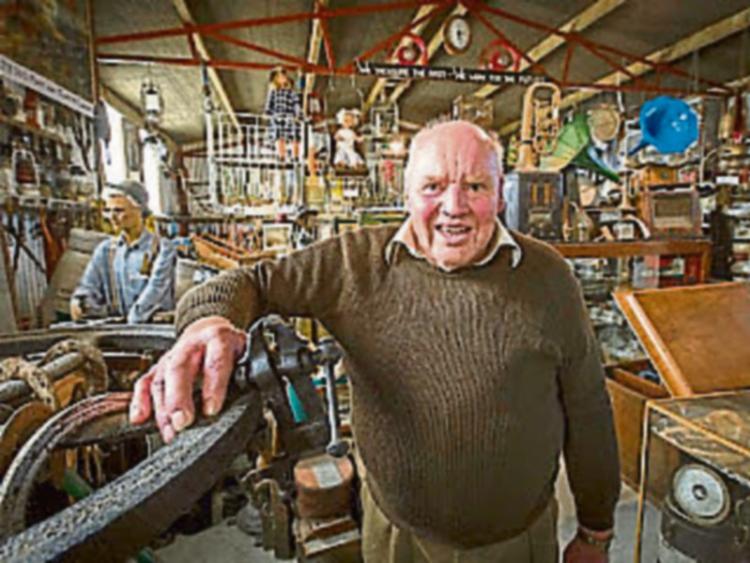 The past will come to life next week when Mount Butler Salesrooms, Roscrea, hosts a major auction of memorabilia and artefacts from Nore View Folk Museum in Bennettsbridge, Co. Kilkenny.

Some 850 lots of items will go under the hammer in a once-in-a-lifetime Museum clearance sale on Wednesday, September 7th, at 10.30am.

The collection was lovingly curated for many years by the late Seamus Lawlor of Bennettsbridge.

Entitled ““A Chronicle of Irish Folk History from 1840 to 1950”, this rare and vast collection contains multiple examples of both every-day and bespoke items used in daily life by Irish people in rural and urban areas, from famine times through to the mid-20th century.

Readers are invited come along and peruse the collection during a series of public viewings in Roscrea on Saturday & Sunday (Sept. 3rd & 4th) from 2pm - 6pm, and on Monday and Tuesday (Sept. 5th & 6th) from 9am to 6.30pm.

A spokesperson for the auction house said: “Originally compiled by the Museum founder Seamus Lawlor, his private collection conveyed an insight into the historic workings and events of past Irish life.

“All aspects of traditional Farming Life feature in this auction - from the Kitchen & Dairy to Harvest time tools and machines and quern stones.

The spokesperson added: “There is a lovely settle bed and settle table which are both Irish from the 1830’s. There are over 80 lots of hurls, sliotars etc representing the GAA section and lots of railway and motor interest items including 1920’s Irish/English language road signs, and an almost complete Farm Diary, Threshing Machines, and much more.

“We believe that there will be a great deal of national interest in these items (as the removal of the items to our auction rooms has already featured on radio shows such as Joe Duffy, (RTÉ's) Nationwide, & (local Kilkenny radio station) KCLR.”