Postman Donal retires after 21 years on the road

Postman Donal bids farewell after two decades with An Post 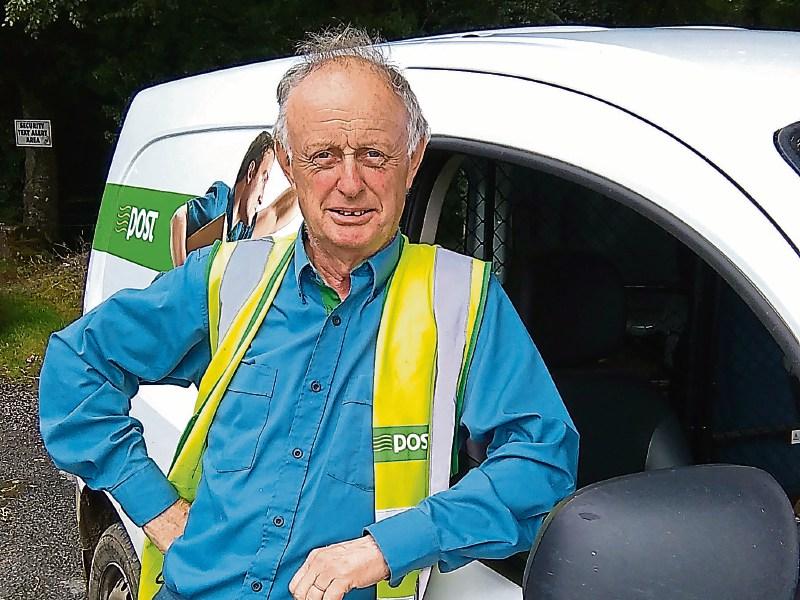 Templederry Postman Donal Shanahan made his last round of deliveries this Tuesday after 21 years of service, a 6.45am daily start and a weekly 500km round trip on his much beloved route.

“It’ll be sad to retire but I’m looking forward to the next stage of my life,” explains Donal casually ahead of one of his last days on the road in his An Post van.

“There’s been a lot of changes since I began working with An Post in 1995. The internet changed the way the postal service works completely and while it’s been interesting to watch it’s sad to see that way of life slowing down,” he reflects.

“It’s moved away from the days of someone receiving a letter from halfway across the world but we’re kept busy with people doing their shopping online and ordering things to their homes,” notes Donal who took over the route from Sean Quinn in 1995 who also served in the role for over 30 years himself.

After taking up his route covering Drom and Inch and surrounding areas, Donal quickly became a welcome face to many, especially older people living alone who would look forward to a quick chat in the morning about the previous weekend’s events.

“It was a great way of hearing the local news or gossip and there’d be some great discussions on a Monday if there was a match at the weekend. I probably won’t miss the early mornings as much though,” he jokes.

Having travelled the route for 21 years Donal says he is thankful for his life on the road.

“I suppose with the job you notice things a bit more. I’ve seen children grow up and have children of their own, change of teachers and priests, people passing away and new families moving in, the excitement of Christmas each year bringing cards or presents and delivering letters. It was a good job and served me well,” he says.