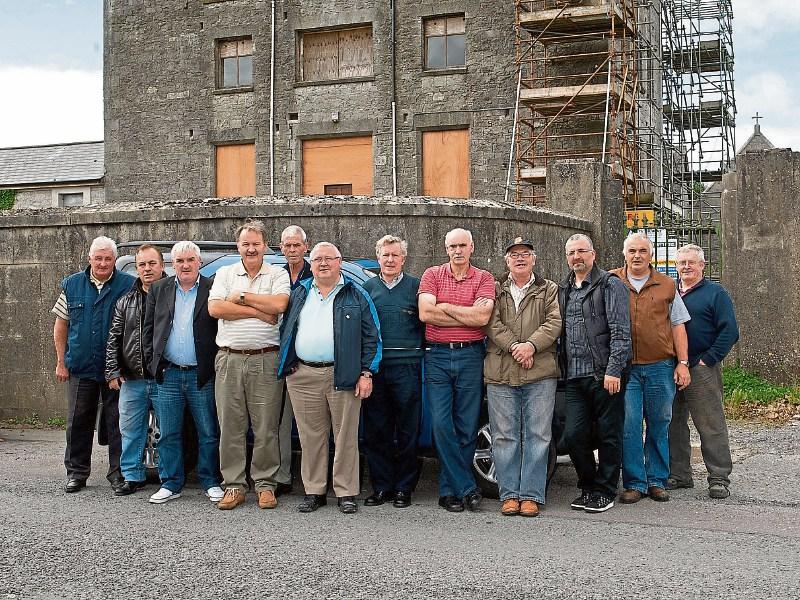 Former Tipperary Hostel workers, who won their case for enhanced redundancy at the Labour Court six months ago, are experiencing difficulties securing their payments from the State.

SIPTU says the case - involving 21 former FAS Jobs Initiative Scheme (JIS) workers on the project to transform Tipperary Town's old workhouse building into a tourist hostel - is one of about six similar redundancy claims the State is dragging its heels on paying out.

SIPTU Community Sectoral Organiser Eddie Mullins said it appeared the State has taken the view it is not responsible for paying out the enhanced redundancy to the former JIS workers.

Mr Mullins pointed out that there is a redundancy agreement between the State and trade union dating from 2002 providing for the State to pay out enhanced redundancy to Jobs Initiative Scheme workers regardless of who shut down the scheme.

He said the Department of Social Protection will be reneging on that agreement if it doesn't pay out the enhanced redundancy ex-gratia payment of three weeks per year of service as recommended by the Labour Court.

Mr Mullins said the union had written to the Department of Social Protection twice in relation to the Tipperary Hostel workers redundancy claim and had not received any response. He vowed the union would continue to fight on their behalf and will refer the issue to the Workers Relations Commission if necessary.

"It could take some time (to resolve); one would hope it wouldn't but I think's it's only fair that people who have lost their jobs that they get what they are entitled to," he told The Nationalist.

The Labour Court issued its recommendation concerning the former Tipperary Hostel workers' redundancy claim in March. It came four years after the workers won their initial claim for statutory redundancy at an Employment Appeals Tribunal in Clonmel.

In March, the Labour Court noted thatf Tipperary Hostel Ltd. did not have the funds to pay the enhanced redundancy out of its own resources and the Court recommended the parties should jointly co-operate in seeking the necessary funds from the funding agency to discharge the amount recommended.

This meant that after the Labour Court recommendation was issued, SIPTU applied on behalf of its members to the Department of Finance and SOLAS, which has replaced FAS, for the enhanced redundancy payments, as the State had funded the workers' wages.

The difficulty the former JIS workers have is that a Labour Court recommendation is not binding. Mr Mullins, however, said he couldn't understand how a government department could walk away from a recommendation issued by an institution of the State like the Labour Court.

The Tipperary Hostel Project to transform Tipperary Town's former workhouse building into a tourist hostel closed in 2010 under a cloud of controversy after funding agency Pobal suspended its funding and demanded the return of funds incorrectly claimed.

FAS also discontinued its funding to the Jobs Initiative Scheme.

The Gardai conducted an investigation into alleged financial irregularities at the Project and the DPP directed last year that there should be no prosecution pursued.

"I don't feel the Department deem us a worthy case because of what has gone down. I feel we have been lumped in with all that has happened."

Mr Mullins said he didn't know if the controversy surrounding the Tipperary Hostel Project's closure was a factor in the difficulties the former JIS workers are experiencing securing their redundancy payment but he hoped not as it would essentially be blaming the scheme's genuine workforce for a situation outside their control.

"Responsibility for the Tipperary Hostel project remains with SOLAS/Department of Education and Skills."

The Nationalist also contacted SOLAS (formerly FAS) for comment but had received no response at the time of going to press.