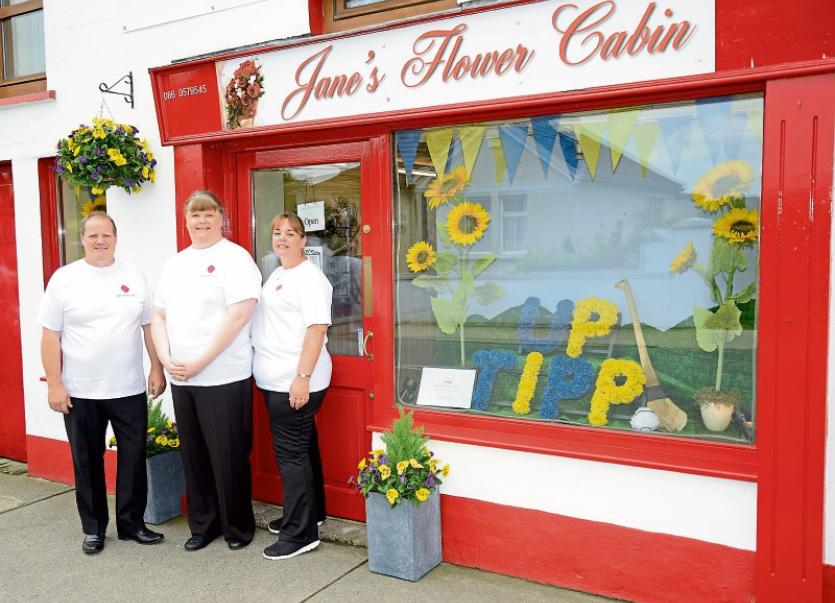 Borrisoleigh florist Jane Smith of Jane's Flower Cabin has cemented her status as one of the country's leading wedding flower specialists having scooped a highly coveted prize at the Bride's Choice Awards earlier this month.

Jane and her team were named the 'Best Wedding Florist in Ireland' by a panel of judges from leading wedding website ‘Mrs2Be.’

"We were absolutely thrilled when we heard the news. I just couldn't believe it and I had to get my husband to check three times to make sure I had heard it right," says Jane enthusiastically.

The awards are based entirely on customer reviews and feedback, something which Jane says she is particularly proud of.

"There were tears of joy knowing that the award was based purely on how our clients and customers felt about us. We always look at the bigger picture of the wedding day and if we can make a couple smile then we know we're doing a good job. Having received this award makes us want to strive to be even better and deliver the best experience possible for every customer," she adds.

Jane, who studied floristry in Moreton Morrell College, Warwickshire, originally began creating flower bouquets for weddings and events from her home in 2004. However within a short space of time word of Jane’s artistic creations spread and to cope with the increased demand Jane decided to take the plunge and relocate to a specially designed premises in the village of Borrisoleigh. In June 2014, Jane and her husband Peter proudly opened the door to Jane’s Flower Cabin.

And despite opening her store at the tail end of a recession, Jane's creative arrangements and attention to detail quickly saw the Tipperary shop flourish with brides travelling from all over to country for an appointment with Jane and her team.

“We have worked at weddings from Ballybunion to Wales and everywhere in between,” explains Jane who says every wedding has two team members on hand to deliver bouquets, decorate the church, erect flower archways and decorate pews.

“No request is too big or too small. If a couple want something or have an idea we will do our very best to make it a reality and only until they’ve gone down the aisle is our job done,” she smiles.