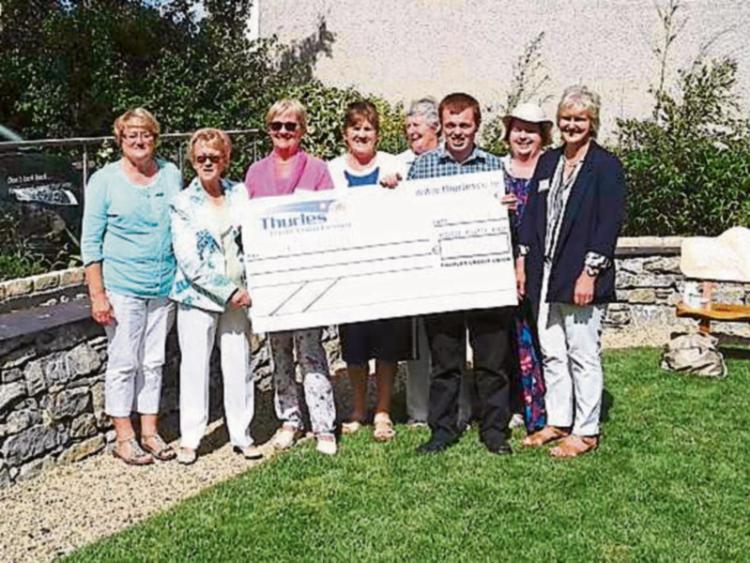 Suir Haven Cancer Support Centre in Thurles celebrated a new milestone in its existence recently with the opening of a new 'Sensory Garden'.

Suir Haven offers emotional support, practical help and information to anyone with a cancer diagnosis, their carers or family members.

A quiet haven on the Clongour Road, the Centre has grown from strength to strength since it first opened its doors in 2009.

“Suir Haven would like to extend a special thank you to this hard-working team which saw the project through to fruition without any cost to Suir Haven/ North Tipperary Hospice.  Nothing was ever a problem with these men no matter what the ask and so the dream has been realized,” said Maria McGrath, Chairperson Suir Haven.

“The idea of having the garden completed voluntarily was JJ O Sullivan’s. He knew the construction industry locally would be more than willing to contribute, which they did.”

Ms McGrath, thanked all those who contributed to “this absolutely phenomenal garden. No words of mine can describe the gratitude we feel to each and every one of the following people who have contributed in some way to making this project possible. This is a spectacular, inspiring garden created with a vision for a truly relaxing, peaceful and empowering experience. It will replenish energy and resolve in all who come and sit here not only for our clients but also our volunteers and visitors.”

On the day, Thurles' own  Bridin O'Gorman and Tommy Barrett presented us with a whopping cheque for over €4,000 on behalf of the Moyne Road Residents Committee, following their successful Abba themed fund raiser night in the Premier Hall.

And sincere thanks to the person who so generously donated anonymously to the centre recently.

The Centre was the brainchild of Mary Ryan Maher and Maria McGrath, a dream which they shared back in 2008 as the pair wished to open a haven in Thurles for people on a cancer journey or affected by cancer. When North Tipperary Hospice agreed to fund and manage the centre the dream was partially realised. Maria says huge thanks to the wonderful volunteers who give of their talents and their time working in and for the centre. “We are so grateful to the massive number of people who fundraise and donate on behalf of the centre”.

North Tipperary Hospice pays €130,000 annually to Milford Hospice to help provide palliative home care at end of life to people in North Tipperary. It hires and organises delivery of specialist beds to homes of patients who wish to die in the comfort of their own homes. It manages and funds two cancer support centres also, Suir Haven in Thurles and Suaimhneas in Nenagh.