The music and the weather is hot at Nenagh Castle Fest 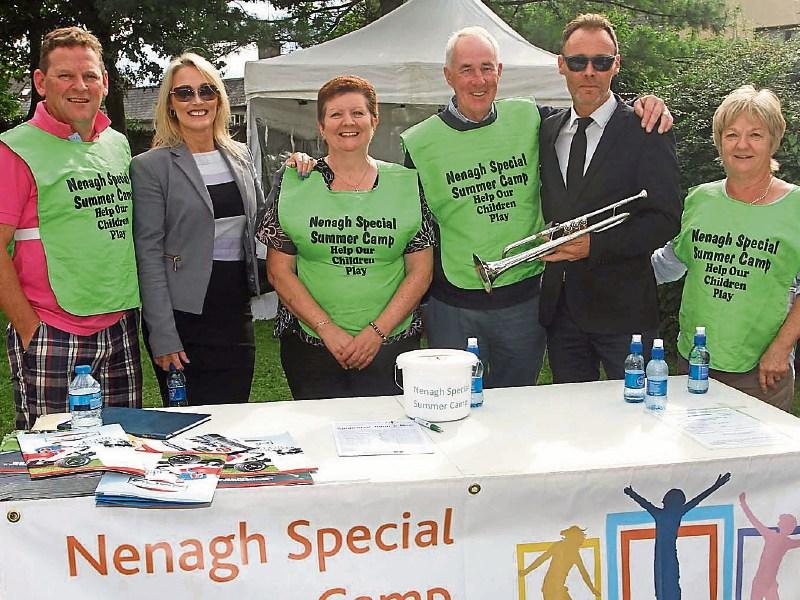 The temperature was soaring, the music was hot and the dancers had feet of flames at Nenagh Castle Fest last Saturday.

Thousands crammed into the marquee in the Castle Field throughout the afternoon to listen and dance to Paddy Cole, Lorraine and Keith Donald and Trudi Lawlor - and there was no doubt the bands were going to “send 'em home sweatin'”

Many only left the floor despite the baking heat to come up for air for a few minutes before heading straight back into the fray for more jiving, waltzing and hucklebucking. It was as well that the local ambulance corps was on hand.

“There was a great atmosphere,” said organiser Cllr Hughie McGrath. “I always take that away on the day.”

The festival is now in its sixth year and Cllr Hughie said it was all about “simple fun”.

“You see people there that you would never see out on the town at night,” he said.

And he told the Tipperary Star that the stars love coming to play.

“They love the atmosphere. They love being in front of the crowd and they can see them. You can't do that in a dancehall. They say it's a special kind of gig,” he said.

But the personification of the community spirit that pervades the day could be found in Martin Langton and his team from Nenagh Tidy Towns. From early afternoon to when the last dancers went home, they moved about picking up litter. When the curtain came down it would be hard to guess that a major festival had taken place.

“Fair play to Martin,” said Cllr Hughie. “You'd be hard put to find a piece of paper in the field.”

These sentiments were echoed by Cllr Phyll Bugler, Cathaoirleach of Nenagh Municipal District Council. “They are all volunteers and they were there all day long,” she said.

Congratulating the organisers, Cllr Bugler said the festival was “excellent. There was a great buzz about the place. We need more of this. It is good for the footfall in the town.”

While the dancers were stepping it out in the marquee, there was plenty for the kiddies with a mobile pet farm, a toy train, face painting, bungee jumping and a trampoline which Keith and Lorraine McDonald enjoyed when they took part in a jumpathon for Nenagh Summer Camp.

Nenagh Castle tour guide Kevin Whelan was busy throughout as many heard its history before climbing to the top for fantastic views over the surrounding area.

And not one to rest on his laurels, Cllr Hughie revealed that he was planning a Christmas market in the field with Santa in his grotto in the castle. However, he whispered: “Don't tell the committee that just yet. I am giving them the next week off before I mention it.”