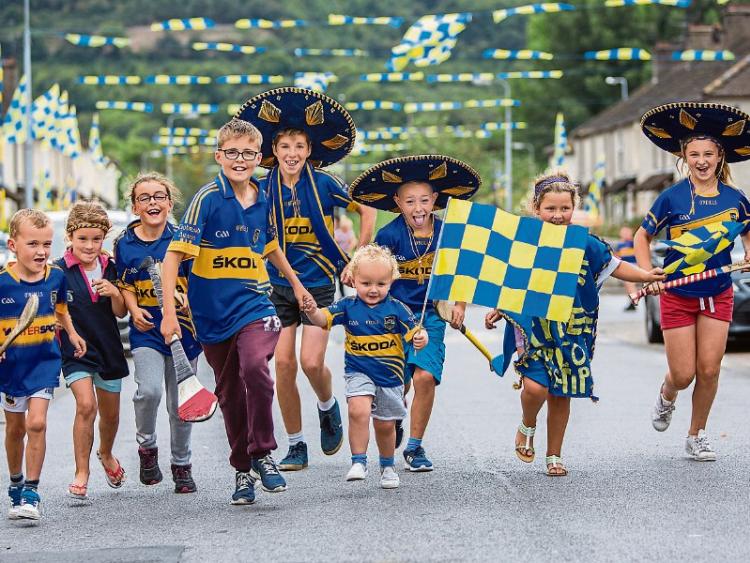 Tipperary is buzzing with excitement and anticipation ahead of Sunday's All Ireland senior hurling final against arch rivals Kilkenny.

Since the semi-final win over Galway, people in the county, from Carrick on Suir in the south to Nenagh in the north, have been looking forward to this day like no other.

Killkenny may be Tipperary's bogey tea m, the best side of their generation, and going for three in a row.

But there is real belief in the Premier County that this is their year and that Brendan Maher will lift the McCarthy Cup in the Hogan Stand on Sunday afternoon.

In doing so he would become the first Tipperary captain since Mullinahone's Eoin Kelly in 2010 to achieve the honour.

And it will be a very special day in Croke Park on Sunday for Tipperary as the minor hurlers contest the final against Limerick while the Tipperary team that beat Kilkenny in the 1991 final will be honoured in a silver jubilee celebration.

The Tipp teams will then be feted that night at a function in the Double Tree Hilton Hotel, formerly the Burlington Hotel, hosted by the Tipperary Association Dublin.

Tickets for the game on Sunday are like gold dust as so many want to see the latest clash between the game's greatest rivals.

Tipperary are chasing their 27th title, their first in six years, and they are the only county to have won an All Ireland senior title in every decade since the foundation of the GAA.

The county is en fete, the flags, bunting and streamers have turned Tipp into a sea of blue and gold, and the game is the topic of most conversations.

The senior and minor teams have done us proud to date and we know they will do us proud on Sunday.

They are worthy ambassadors for the county on one of the greatest days in Irish sport.

So, from all the fans, good luck and let's go Tipperary!