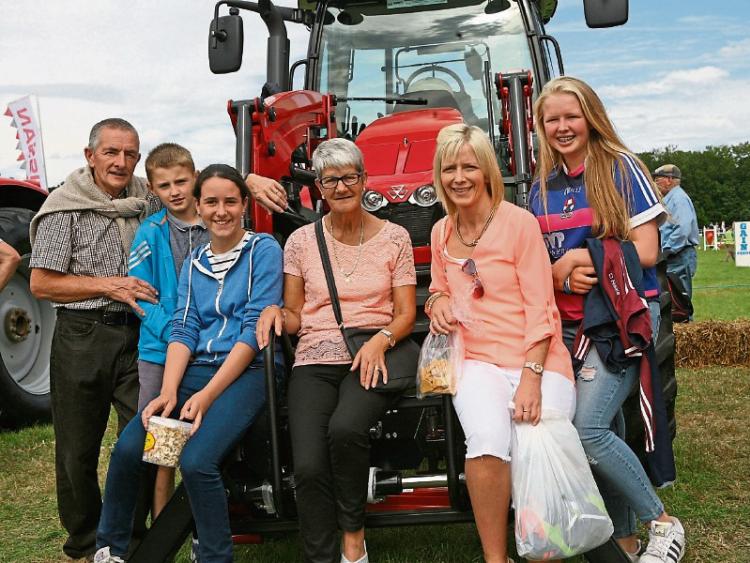 The Iverk Show celebrated its 190th anniversary in style attracting a record crowd of about 25,000 to its showgrounds at Piltown near Carrick-on-Suir on Saturday.

It certainly lived up to its reputation as the South East's biggest agricultural show attracting not only a massive number of visitors but competition entries from all over Ireland. One competitor in the poultry classes travelled all the way from Donegal to enter their chickens in the Show.

Glorious sunny weather contributed significantly to the huge success of this year's show. "We attracted our best crowd ever, " said Iverk Show Committee PRO Norman Storey, who reported the showgrounds normally fill up from 12 noon onwards but last Saturday the crowds began arriving from about 9.30am.

A party of 57 tourists from Newfoundland in Canada staying in the Carrick-on-Suir area for three days were also among the visitors and the 12 piece "Celtic Fiddlers" group accompanying them performed on the Show's open air gig stage. Other international visitors hailed from New Zealand, Australia, the Philippines, Peru, the UK, Belgium, Spain and Holland.

The show was a heady mix of traditional agriculture, equine and home industries competitions, trade stands and family entertainment ranging from live music, bouncy castles and other amusements for kids to a fashion show and displays of vintage cars, engines and machinery as well as army vehicles.

The famous Sliabh na mBan armoured car Michael Collins was travelling in when he was killed at the Béal na Blath ambush was among the vintage vehicles on show.

And to mark the 190th anniversary, the organisers hosted an exhibition of old Iverk Show photographs, show reports and catalogues. A tenant farmer's dwelling from 1826 was also recreated.

Close to €80,000 was awarded to prize winners in the show's competitions. In the livestock and bloodstock show competitions there were 45 cattle classes, 15 sheep classes and about 40 equine class including several All-Ireland competition finals.

The All-Ireland Broodmare & Foal championship worth €4,300 was won by Kieran Foley from Enniskeane, Co. Cork while the Aldi/ABP All-Ireland Irish Angus Bull Calf Championship's two finals were also won by two Cork men John Appleby from Clonakilty and Keith Vickery from Rosscarbery. The Iverk Champion of Show in the Cattle Classes was won by Martin Ryan from Thurles.

Pony and horse jumping competitions took place in four arenas throughout the day and the most prestigious contest the Grand Prix was won by Co. Waterford showjumper Francis Connors.

In the horticulture section, David Moloney from Clonmel won 4 classes for his sweet pea and dahlia flowers.

On the social side of the Show, the Most Appropriately Dressed Lady competition was won by Ann Lennigan from Cork.

Mr Storey thanked all those who took part in the Show's competitions, helped organise the event and supported it in any way.