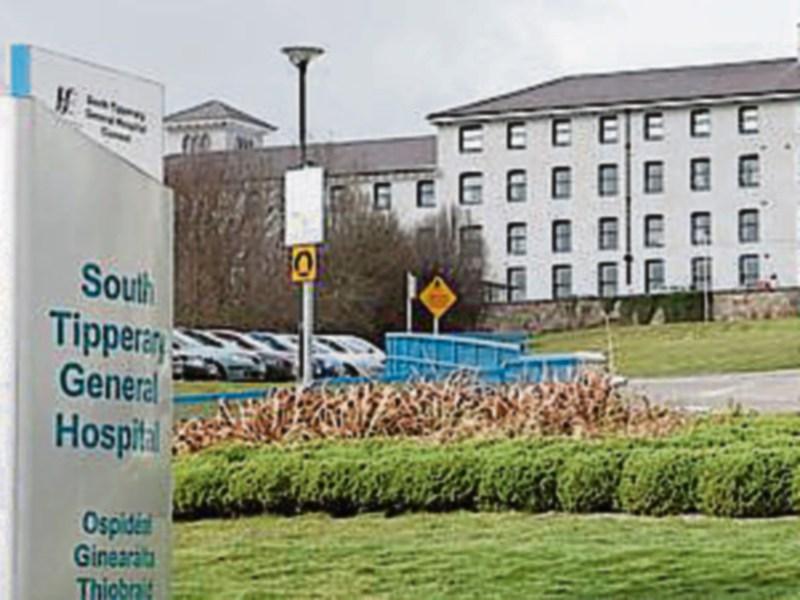 A war of words has broken out between TDs in Tipperary over what exactly is planned for South Tipperary General Hospital.

Last week, Deputy Michael Lowry announced that there were plans for a 40-patient modular “patient hotel” to ease overcrowding at the facility, along with 22 new jobs.

However, his claims have been rubbished this week by his fellow Dail deputies amid bickering over who, if anybody, should eventually claim credit for what ever is put in place.

And the HSE said: “To date, South Tipperary General Hospital has had no official confirmation that it is to receive any beds relating to the patient hotel concept.”

However, it did say that the option of a patient hotel for South Tipperary General Hospital was under discussion.

“All of this political bickering over claiming credit for Clonmel Hospital is unsavoury and childish,” declared Labour's Alan Kelly. Fianna Fail's Jackie Cahill, referring to Deputy Lowry, said: “People can roar and bawl over claiming credit, but I'll be looking to deliver top class facilities for Tipperary.”

Deputy Mattie McGrath maintained that Deputy Lowry was on a “solo run”, while Deputy Seamus Healy, gave grudging support to Deputy Lowry, saying any announcement was because of the work done by his Save our Acute Hospital Services Committee.

Deputy Kelly was adamant that no decision had yet been made on what would go into South Tipp General Hospital.

“Following numerous discussions with the HSE, I can confirm that no decision has been made on the 2016/17 winter initiative. This plan will be presented at national level in early September following submissions by regional management,” he said.

The former Minister for the Environment said he understood that a number of options were being looked at and the priority will be to ensure that they are implemenetable.

“Many factors are being considered. Cashel is also being looked at,” he said.

Deputy Cahill maintained that Minister for Health Simon Harris had told him no final decision had been made on what would be put in place.

“Deputy Lowry is playing politics. I think he has a contact within the HSE who is feeding him information

“I can't see the logic of leaving Cashel closed when it has been refurbished,” he said. The Thurles TD also questioned whether a patient hotel would get past any Hiqa inspection.

Asked whether Fianna Fail should reconsider facilitating the minority Government in light of what appeared to be one TD having greater access to Ministers, Deputy Cahill said: “The Taoiseach is on the Dail record saying he had no deal with Michael Lowry. Deputy Lowry has promised a lot before, such as the bypass for Thurles and the casino development, and it has all been nothing but a cloud of smoke.”

He said the reality was that anything that would be delivered for health services in Tipperary would be down to lobbying by all the TDS “and not just one individual”.

And Deputy Kelly said that it was “critical” that South Tipperary General Hospital was put in the HSE's capital plan.

He also said there was a need to ensure that there was funding for home help and community welfare.

“I am continually pushing for this with Minister for Health Simon Harris as Labour Spokesperson on Health and through the Oire he sadi.achtas Health Committee,”

Meanwhile, Deputy Healy, in a statement, backed Deputy Lowry's claims, saying: “It is a decision which was expected and one that is very welcome. These hotel type beds are, of course, only an interim and partial solution to the continuing crisis at the hospital.”

While Deputy Lowry did not respond to the Tipperary Star, he was quoted earlier in the week saying that his decision to support the FG-led Government should pay dividends for Tipperary. He also lashed out at Deputy McGrath, accusing him of being “bitter” about not getting to make the announcement.

But Deputy McGrath dismissed the notion of him being”bitter”.

“There is no announcement so what is there to be bitter about,” he told the Tipperary Star. “What is there is a crisis which has been appalling all summer.”

Deputy McGrath reminded Deputy Lowry that when it came to delegations meeting Government Ministers in the past, “we all worked together”.

He also dismissed the idea of having any patient hotel staffed by contract workers, describing such as suggestion as “baloney. We are always looking for staff and we can't get them”.

The Independent TD also had a go at local senior officials who met Minister Harris in June, saying: “They should stick to medicine and we'll stick to politics.”

The Tipperary Star understands that any development such as a patient hotel would have to go to tender within the EU. This could take up to six months to decide after which planning permission would need to be sought, agreement would be needed with unions and Hiqa would hav e to be satisfied with its standards.