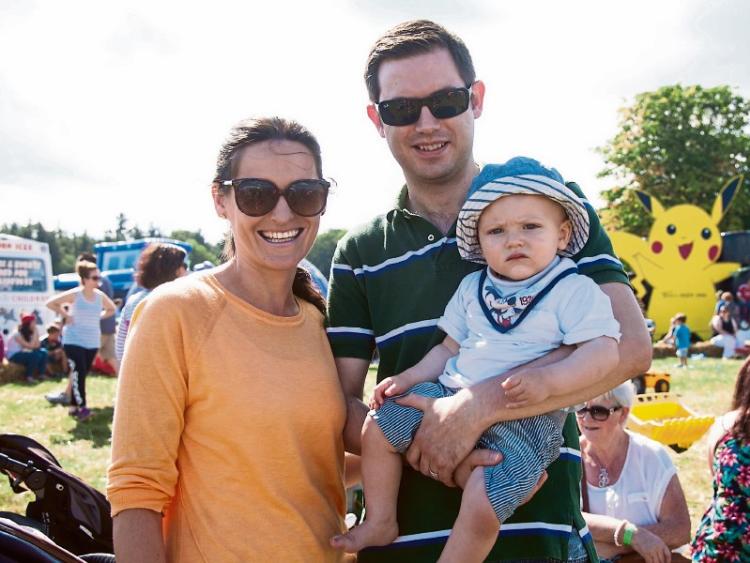 The sun shone down on the village of Dualla last Sunday as record crowds attended the annual ‘Dualla Show’ now in it’s sixth year.

Beneath the shadow of Ballyowen House an estimated 20,000 people were in attendance for the event which continues to grow year by year.

“As someone attending the show for the first time, I didn’t really know what to expect. On entering the car park the first thing that struck me was the sheer size of the show. Spread across nearly 60 acres of land, it was easy to imagine I was entering a music festival, with the carpark almost at full capacity. Like all outdoor events in Ireland the weather plays a huge part. Once I passed through the main gates there was a real buzz, spirits were high and there was a real festive feel about the place. Those selling ice-cream must have made a fortune.

“The show itself really is the ultimate family fun day out. The main objective of the show’s committee has always been affordability. 10 huge bouncy castles provided free entertainment in the ‘Kids Zone’. There was also a supervised play area with tractors and slides to keep the smaller ones happy. But it wasn’t just a day for the kids.”

There was something for everyone. Local band ‘Never Heard of ‘Em’ drew a huge crowd when they played in the afternoon.

As an 80’s child I was brought back to the heyday of the WWF with the Irish Whip Wrestling show which entertained young and old.

New to the show this year was the fashion show which proved very popular with the ladies. Andy Perry and his ‘trialstar’ team returned to Dualla to display their skills and bravery, riding motorcycles over cars, skips, jumps and 6ft high garden sheds to name but a few mind-boggling obstacles.

The Truck Show had 384 vehicles on display. New to the show was the ‘Carfest’ showcasing Volkswagen / Audi group cars and the tractor pulling was as popular as ever.

Being a dog friendly event it was no surprise that the dog show was one of the most popular events of the day. There was also top class showjumping, a very impressive Livestock show, Tug o’War, sheep dog trials, street performers, face painting and much, much, more...

Michael D’Arcy, Chairman of the Dualla Show said "sunshine is the most important requirement of any outdoor event and we got that today. It fantastic to see a huge turnout of people all enjoying whats on offer.”

Michael said it was a massive undertaking for a small community and huge work goes on back stage, but even on the day there are up to 300 people working on various aspects of the show. There is no paid position on the Committee and all the work is done on a voluntary basis. Michael said no one person comes up with all the good ideas: it’s a huge team effort and everyone’s input and opinion is important. He thanked the general sponsors exhibitors and landowners - P.J Maher, Pierce McCan, Richard O’Dwyer and Coolmore Stud, without whom the show just wouldn’t go ahead. Finally Michael wanted to thank all the people who have supported and visited this year's show and in previous years. The 2016 Dualla Show was a huge success, congratulations to all involved in running the show. There is no doubt that when the dust settles, the committee will knock heads again and try to go bigger and better than ever, but this year will be a hard act to follow.